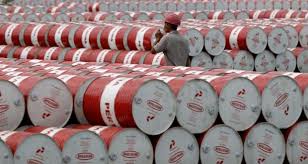 Fitch is also forecasting foreign reserves of US$10.2 billion and US$11.4 billion by the end of the 2020 and 2021 respectively. Most of the funds are expected to come from oil and gas exports as well as minerals.

At the end of August 2019, the country’s grossinternational reserves increased by US$1.2 billionto US$8.2 billion from a stock position ofUS$7.02 billion as at end December 2018, the Bank of Ghana’s September 2019 Monetary Policy Report revealed. This wassufficient to provide 4.1 months of imports covercompared to 3.5 and 3.6 months of imports cover as atAugust 2018 and December 2018 respectively.

Also, the stock of net international reserves (NIR) atthe end of August 2019 was estimated at US$5.0 billion, indicating a reserve build-up of US$1.19 billion from the stock position of US$3.8 billion at the end of December 2018.
Commodity prices mixed

According to the MPC report, the sharp recovery in oil prices since January 2019 stalledin the third quarter, reflecting concerns about global growth prospects. Oil production cuts agreed by OPEC members should however support prices within the $60 per barrel range.

Cocoa futures extended its losses for the second successive month into August 2019. The crop prices trimmed further 8.8 percent from what was recorded in the previous month to close at US$2,239 per tonne in August.

Spot gold prices soared above US$1,500 per ounce inAugust 2019 reaching levels last seen in March 2013.
Starting from the beginning of the year, the rally in goldseemed to have gathered momentum as prices edged upfor eight successive months into August. In the year toAugust 2019, gold prices rose by 20.0 percent to close at-US$1,501.01 per fine ounce in August 2019.

Trade balance
The value of merchandise exports for the first eightmonths of 2019 was provisionally estimated at US$10.6 billion (1.2 per cent of GDP), indicating a 5.1 per cent annual growth compared with US$10.1 billion (0.5 per cent of GDP) worth of exports recorded for the same period in 2018.

Akufo-Addo presents Gh¢1 Million to 20 young entrepreneurs webmanager July 3, 2020
Close
Business World Ghana
Proudly powered by WordPress Theme: Magad.
We use cookies for functional and analytic purposes to ensure that we give you the best experience on our website. By using this website, we assume that you give your consent to this policy.Ok