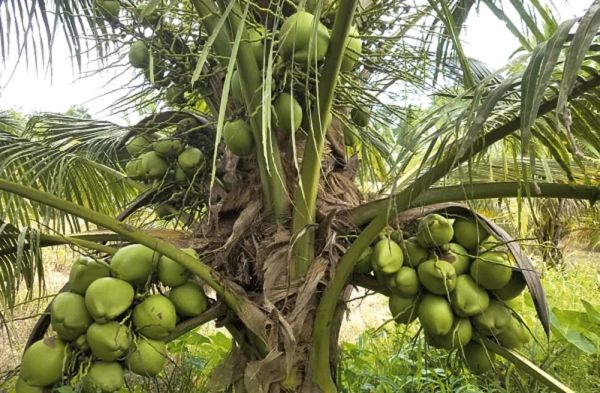 The Eastern Regional Minister has called on Ghanaians to venture into coconut farming to tap into the numerous opportunities presented by the tree crop.

Eric Kwakye Darfour asked chiefs to support the growing of coconuts by making land available to individuals who would take up the challenge towards increasing the acreage of crop in the country.

The Coconut Festival, to be held under the theme: “Promoting Export Diversification through a Robust Ghanaian Coconut Industry”, is being organised by the Africa Coconut Group – the Ghana Chapter with support from the Ghana Export Promotion Authority (GEPA), the Ghana Free Zones Authority, and the Hortifresh Fruits and Vegetable West Africa.

The Regional Minister said: “We want everybody to go into coconut production and that is why we have GEPA and other stakeholders supporting us”.

He said cocoa is a product that has carried Ghana so far but the benefits that could be derived from coconut was much more as it had multiples of opportunities, noting that it was a tree that grows well everywhere particularly in the tropics.

Mr Darfour said coconut was a very important tree crop that could give the country a lot of revenue but over the years, citizens have only used it as an ornamental tree, adding that, he personally had about 30 coconut trees, which fetched him more than GHC500 on monthly basis.

Apart from the monetary value, he said, research has proven that coconut had a lot minerals packed in them to boost the health of consumers, noting that coconut had become a very important tree crop globally and so venturing into it would be extremely profitable.