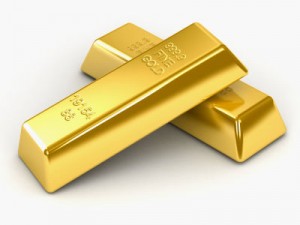 The Minerals Com­mission is predicting that Ghana will lose 500,000 ounces of gold this year as result of a declining gold prices, which has force some mining companies to suspend their operations.

Gold Production for 2014 is estimated at 3.1 million ounces, from an initial target of 3.6million, an Assistant Manager at the Minerals Commission, Daniel Krampah, has stated.

“We will definitely record lower volumes this year,” he said, add­ing that, some companies have placed their mines under care and maintenance.

Ghana’s gold production climbed to a record 4.3 million ounces in 2012 from 3.6 mil­lion ounces the previous year after prices reached a record high in September 2011.

The nation produced 107.9 metric tons of gold in 2013, making it the eighth- biggest producer, accord­ing to data from Thomson Reuters.

Gold accounts for around 90 percent of total mineral output in Ghana. The min­ing sector, especially gold, continues to rake in billions of dollars every year, with the commodity currently leading the country’s export earnings, surpassing cocoa, which had for a long time been the country’s biggest export earner. On average, the sector has contributed about $2 billion per annum to Ghana’s GDP in the last decade.

However, as most of the gold mining concessions belong to private investors, the mining sector’s contri­bution to Ghana’s GDP does not mean that the revenues belong to the Government and people of Ghana.

Generally, the govern­ment retains just a 10% carrying interest in min­ing companies to which it grants a license. So legally, that is all Ghana and Ghana­ians may own in the mining operations in Ghana, other than for various levies, fees, licenses, taxes and royalties that the government impos­es on mining companies.

Ghanaian economy slowed sharply in the third quarter of 2013 and rose a meager 0.5 percent over the previous quarter, down from a 3.9 percent expansion in the previous three-month period due to a sharp fall in global gold prices, which prompted some mines to cut production.