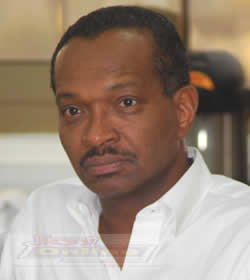 Abu Dhabi National Energy Company PJSC and Volta River Authority have announced that their Takoradi 2 Power plant will be commissioned in 2015.
The $30 million project, financed by the two firms began in 2012 and will increase the cuurent output of 220 megawatts from an existing plant by converting the existing gas-fired plant into a combined cycle unit, increasing it to approximately 330 MW without additional fuel.
The extra energy is set to to be sold to VRA under the terms of a revised 25-year power purchase agreement.
The Takoradi 2 Plant is owned by Takoradi International Company, a joint venture between TAQA (90 percent) and VRA (10 percent), and is the first IPP in Ghana to utilise project financing.
African Development Bank, Deutsche Investitions-und Entwicklungsgesellschafte, Emerging Africa Infrastructure Fund, ICF-Debt Pool and Proparco are some of the lenders that are supporting the project.

The Organization of Petroleum Exporting Countries’s Fund for International Development and the Canada Climate Change Program are also participating alongside International Finance Company.

Its engineering, procurement and construction contract with an approximate value of US$ 260 million was awarded to a consortium comprising Mitsui & Co (Japan) and KEPCO E&C (Korea) in 2011.

Established in 2005, TAQA is a diversified international energy group headquartered in Abu Dhabi, the capital of the United Arab Emirates, and listed on the Abu Dhabi Securities Exchange (ADX: TAQA).