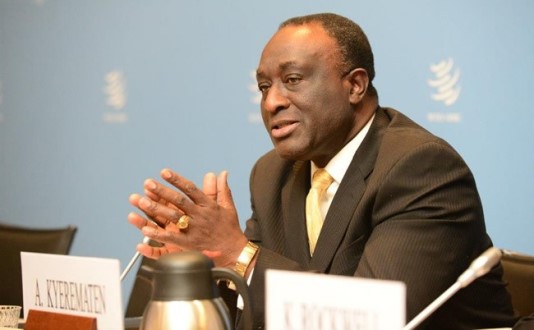 Ghana emerged fourth among some top 10 developing countries which were found with the largest value gaps in their trade with some 36 advanced economies in 2017, a new report from Global Financial Integrity (GFI) has revealed.

The annual update, “Trade-Related Illicit Financial Flows in 135 Developing Countries: 2008-2017”, published recently, examined the latest official government trade data reported to the United Nations (UN) to estimate the magnitude of trade misinvoicing — one of the largest components of measurable illicit financial flows (IFFs) between and among 135 developing countries and 36 advanced economies.

It says trade misinvoicing occurs when importers and exporters deliberately falsify the stated prices on the invoices for goods they import or export as a way to illicitly transfer value across international borders, evade tax and/or customs duties, launder the proceeds of criminal activity, circumvent currency controls, and hide profits offshore.

In contrast, China’s value gap in 2017 was ranked 60th at only 17.71 per cent of its total trade with the advanced economies.

GFI identified a total value gap of US$8.8 trillion in trade between the 135 developing and 36 advanced economies over the 10-year period.

In 2017, the most recent year for which data were available, the total value gap in trade between advanced economies and developing countries was US$817.6 billion.

The act of trade misinvoicing is a major type of IFF and can be used to evade customs duties, VAT taxes and currency controls among other illicit activities. It also deprives developing countries’ governments of desperately needed tax revenues.

Tom Cardamone, President and CEO of GFI, issued the following statement, “Developing countries are losing a significant percentage of the value of their trade transactions. Indeed, in 2017, the value gap associated with trade misinvoicing amounted to 18 per cent of developing countries’ trade. If the integrity of trade transactions cannot be assured, it is unlikely countries will be able to achieve the UN Sustainable Development Goals by the 2030 deadline.”

Cardamone also noted that poorer nations were often the hardest hit by misinvoicing, “Of the 10 countries with the largest average value gap from 2008-2017, six are in Africa and are among the poorest countries in the world, including Sao Tome and Principe and The Gambia and Burundi.”

The largest value gap between developing country regions was $63 billion, in 2014 between Middle East/North Africa and Developing Asia.

Cardamone notes, “Data asymmetry is a key problem in trade misinvoing. This report provides a host of global and national policy recommendations to reduce information asymmetry. Implementing these will help countries crack down on trade misinvoicng and start capturing more trade-related revenue.”