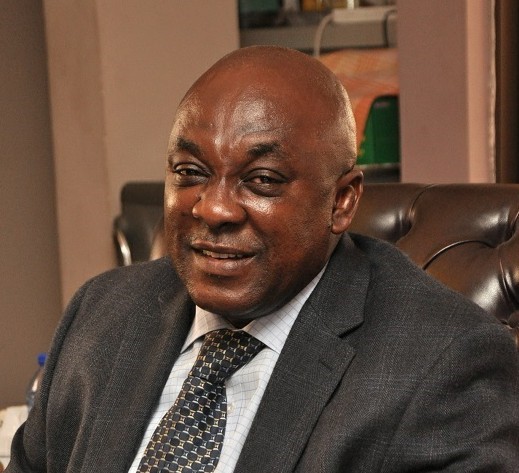 The Deputy Minister of Trade and Industry, Mr. Carlos Kinsley Ahenkorah has revealed that Ghana has signed an Interim Economic Partnership Agreement with Europe.

Under the agreement, he said over 6,000 liner items would be imported from Europe into the country under a quota free regime.

Speaking live on Eye on Port, Mr. Ahenkorah who doubles as the Member of Parliament for Tema West Constituency said the agreement which was signed by the former government is interim because, not the entire West African regional block was willing to sign the agreement.

He said Nigeria didn’t want to be part of the agreement but Ghana and cote’divore agreed to sign because of banana and other exportable items to Europe.

He said considering the fact that Ghana is an import reliant country, it was a difficult situation for government to hold on to the agreement.

According to him, the reason why the agreement is dangerous, is the fact that “if we are not careful the manufacturers will stop manufacturing and go up there and bring goods and that would affect our brothers and sisters who are working,” he said.

Mr. Ahenkorah revealed that very soon Ghanaian traders can go to Europe and ship goods to Ghana without paying duties and they won’t suffer any quantity restrictions to bring them in.

“We have started with the 0 percentage rated goods. So as we speak 2020 we are commencing the liberalisation of this trade agreement. From 2021, we are going to enter into the 5%, some 10% and some 20% items,” he disclosed.

He revealed that currently, Ghana is exporting about 50,000 metric tonnes of banana resulting in about 5billion cedi worth of revenue and $2.5billion worth of canned tuna to Europe annually.

He said the balance of trade will be in the favour of Ghana if UK is not part of European Union anymore.

“We will be exporting more than they will export,” he said and added that the UK is also asking for its own agreement which is being worked on.

He said the Ministry of Trade and Industry will be embarking on regional sensitisation to educate traders and manufacturers on the new EPA agreement that have been signed and how it is going to affect local manufacturers.

He said the EU has agreed to give Ghana a grant to do the stakeholders sensitisation because they don’t want any problem and they want everyone to understand and agree.

One thing government looks out for and that is why we industrialise is to get work for our people. So if you allow the goods to be manufactured outside and brought in duty free on top, the only privilege that the Ghanaians will get is the labourers who will unstuff the goods from the containers to the warehouse,” he said.

Meanwhile, the move to sign the EPA has been condemned by some members of the Civil Society, raising concerns that it defeats the purpose of the African Continental Free Trade Agreement area.

“When the European union imported goods begin to compete with African goods that will actually pose a serious concern to the implementation of the AfCFTA,” he said.