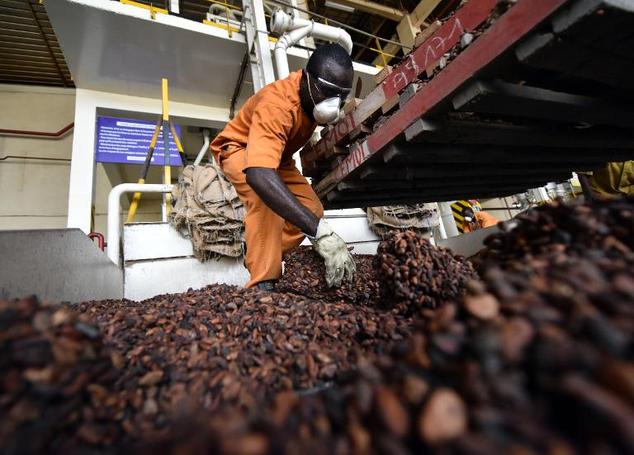 The plan comes after years of attempts by industry to self-monitor their sustainable sourcing practices and wipe out the blight of child labour and deforestation from the cocoa sector in West Africa.

Industry fears the new move might represent a major and costly overhaul of the certification schemes they use to boost their brands in highly competitive markets where both consumers and investors are growing increasingly eco-conscious.

Ivory Coast and Ghana, who together produce two-thirds of the world’s cocoa, have already imposed a fixed “living income differential” of $400 a tonne in July on all cocoa sales for the 2020/21 season in a bid to tackle pervasive farmer poverty and deforestation.

The move was a major overhaul in how cocoa is priced.

Still, the two west African neighbours are pressing ahead with a further overhaul, sources say, setting their sights on the certification schemes used by major chocolate makers and grinders like Mars, Mondelez, Barry Callebaut and Nestle.

“We are going to discuss sustainability. Everything is not good. There are things to review, for example, standards for certification. It must change,” said a source at Ivory Coast’s Coffee and Cocoa Council (CCC), its cocoa regulator.

Fiifi Boafo, spokeman for Ghana’s cocoa regulator Cocobod, said the meeting with industry was aiming to “come out with improved strategies to work towards sustainable cocoa production”.

The cocoa industry fears moves to regulate certification schemes could, alongside the “living income differential”, substantially increase their costs if, for example, Ivory Coast and Ghana impose a license on them for running the schemes.

“Traders don’t want to commit (to paying the living income differential) until the changes to certification schemes are clear. They want to know if there are additional costs,” said another industry source.

Even a move to standardise the schemes is a concern for industry, who often use self-certification schemes over third party ones like Fairtrade.

Companies have argued self-certification schemes can be more effective in tracking whether a product is ethically sourced, although some analysts say they have at times been used as a way to save money.

“We do not want (industry) alone (to) enact norms which favour them. We want more control. (We want to) see how we can be more involved,” said a second source at the CCC.

The cocoa industry’s efforts to source sustainably have been around for nearly two decades, though little has changed on the ground for farmers, with poverty widespread and forest cover, especially in Ivory Coast, all but decimated.

According to the Cocoa Barometer, a major report published in 2018 by international civil society groups, there are about 2.1 million children working in the West African cocoa sector, a slight increase from levels seen 5 years ago.

Reports like these have prompted some lawmakers in the west to call time on the cocoa industry’s efforts to self-monitor their sourcing practices, opting to look instead at introducing legislation.

In July, two U.S. senators called for imports of cocoa made with forced labour to be blocked, prompting Ivory Coast to urge them to desist from punishing an entire industry for what it said were isolated cases.

Cocoa makes up 40% of Ivory Coast’s exports and the United States is the third largest destination for Ivorian beans.