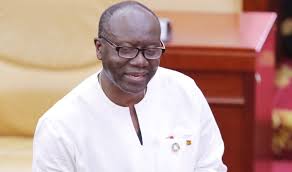 Ghana has pumped 800 million cedis ($150 million) into a special purpose vehicle created to bail out banks that don’t have enough capital, according to four people with knowledge of the matter.

Ghana Amalgamated Trust (GAT) will be getting the funds from the Finance Ministry after dropping a plan to raise the money through a bond sale, said the people, asking not to be identified because the details aren’t public.

The 2 billion-cedis debt issuance was abandoned after a court case challenging the legality of it soured investment appetite for the securities, they said.

The vehicle was formed in January to boost the capital base of five local lenders that weren’t shut down as part of the regulator’s efforts to clean up the industry, because they were deemed well-managed. After GAT announced a roadshow to market the debt, an opposition lawmaker went to court in March to stop the process, saying using debt proceeds to buy shares in the companies would breach banking laws. The matter hasn’t yet been heard in court.

Ghana’s central bank started the sector-cleanup in September 2017 in an effort to raise capital levels and improve governance in the industry, a process during which the number of lenders were reduced to 24, from 34. The government issued a total of about 12 billion cedis in bonds to save some of the lenders, the central bank said in January.

Two of the five banks, OmniBSIC Ghana Ltd. and Prudential Bank Ltd., have already secured funding, while negotiations to provide capital to Agricultural Development Bank Ltd. and Universal Merchant Bank Ltd. are ongoing, the people said. Authorities are still weighing the capital needs of state-owned National Investment Bank Ltd., after which GAT will receive top-up cash from the government, they said.

A spokesman at National Investment Bank declined to comment, while representatives of ADB and Universal Merchant couldn’t immediately comment on the matter. OmniBSIC’s spokeswoman didn’t answer calls to her mobile, while calls made to Prudential Bank’s offices weren’t answered.

The government structured the funding to GAT in the form of redeemable preference shares which are being held by state-owned National Trust Holding Co. as its nominee shareholder, according to the people.