Homepage » Economic » Ghana Government to invest in oil industry in 2013 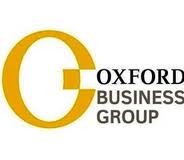 The government of Ghana is set to invest in the development of the country’s nascent oil industry. Some expected developments include the setting up of a USD10m school for petreluem studies to develop the human resource that will guide economic expansion on the back of increased production from the Jubilee fields, which is set to top 110,000 barrels per day in the year 2013.

These and other revelations are to be contained in a report on the country to be published by research, publishing and consultancy firm, the Oxford Business Group.

Dubbed The Report: Ghana 2013, it will also focus on the government’s efforts to control inflation and stabilise the economy.

Robert Tashima, regional editor of the OBG, said that sustained demand for commodities bode well for rapid economic expansion for the country in 2013. This, he said, should enable the government to diversify the economy and secure it against external shocks while boosting job creation.

“With a new administration in place, the test will be to see how successfully Ghana can channel the current gains it is making from oil, gas, cocoa and gold into prospects for future growth in the industrial and service sectors,” he said. “This would help diversify the economy, buffer it from external volatility and improve job creation.”

Speaking at the signing of a Memorandum of Understanding between the Oxford Business Group and Deloitte and Touche (Ghana), local partners for the project, Mr Tashima said he looked forward to working with Deloitte and Touche for the third time on the report, under an arrangement that will give OBG acccess to the Deloitte’s resources and expertise in compiling the tax chapter of the report. He said the company’s considerable knowledge of the country’s tax system had been invaluable to investors in previous reports.

Felix Nana Sackey, Senior Partner at Deloitte & Touche (Ghana), expressed his delight that the two firms will be working together again and added that the stability of Ghana’s democracy remained a huge draw for international investment, added to effforts to curb inflation (8.8% at the end of the 2012) and improve the ease of business in the country.

The Report: Ghana 2013 will be the third report on Ghana by the respected agency and is expected to guide investors interested in the country by providing comprehensive overviews of developments in key sectors of the Ghanaian economy.

The 2012 edition of the report on Ghana is currently available in print and online.