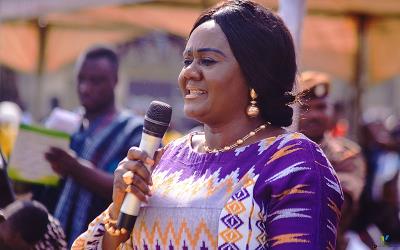 Homepage » Tourism » Ghana earned US$3.3 billion from ‘Year of Return’

Ghana earned US$3.3 billion from the Year of Return initiative, Tourism, Arts and Culture Minister Barbara Oteng-Gyasi has said.

According to her, the earnings were proceeds from accommodation, food, shopping, local transport and entertainment.

GHS6 million was, however, spent on promoting the Year of Return campaign in and out of the country.

The minister emphasised that the average expenditure per tourist was $2,391.

The increased number of travellers to Ghana positively impacted five sector industries such as airlines, hotels, tour operators, restaurants, and arts and craft dealers to name a few,” she said when responding to questions in Parliament today, 28 May 2020.

The government initiated the Year of Return, which was primarily focused on encouraging African diasporans to settle in Ghana and invest on the continent.

Many high profile African Americans in the diaspora, including celebrities Ludacris, Cardi B and Steve Harvey, during the period, visited Ghana, their ancestral roots.

The project was launched in September 2018.