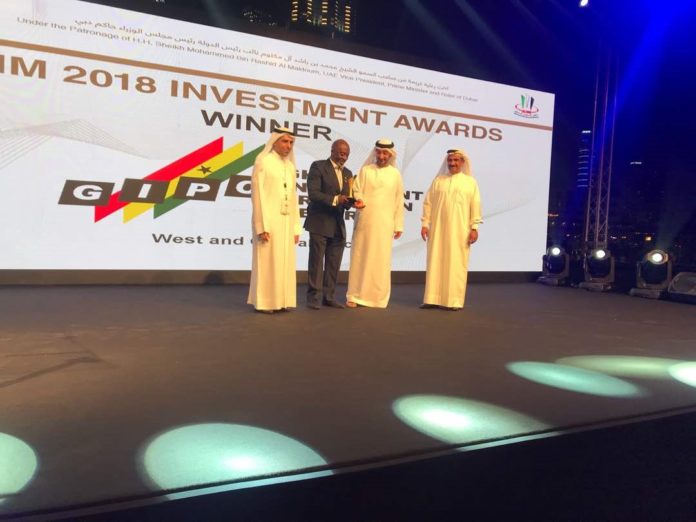 Ghana has recorded its most successful year so far with regards to foreign direct investment, attracting US$4.91 billion in 2017.

Combined, this amounted to 98.2 percent of the target for the year set by GIPC’s chief executive, Yoofi Grant at the beginning of the year.

Combined with the matching investment committed by Ghanaian investors under joint ventures with their foreign counterparts, the total investment registered for 2017 amounted to a record high US$6.19 billion. The incoming new investment is expected to generate 22,570 new jobs.

GIPC itself, during the year, registered 192 projects in all, 75 percent of which are owned entirely by foreigners and the other 25 percent being the result of joint ventures with Ghanaian investors.

Of the US$3.75 billion attracted through the GIPC, US$3.62 billion, or 95 percent of the total is being provided by foreign investors, while US$131.53 million or 5 percent is coming from their Ghanaian joint venture partners. Total initial transfers amounted to US$110.77 million.

The investments registered through the GIPC are expected to create 13,108 jobs – 11,761 for Ghanaians and 1,347 for foreigners.

being undertaken with the new investment are located in Upper East or Upper West Regions.

The services sector has the largest Eight of the 10 regions in the country will host these investments, although Greater Accra overwhelmingly dominates, with 160 to be located within its boundaries. Ashanti Region will host 11, Western seven, Eastern six, both Northern and Volta three each, and both Brong Ahafo and Central, one each.

None of the projects number of registered new projects for 2017, at 53, marginally ahead of the 52 manufacturing projects registered. Liaison office investments come next, with 35 in all, followed by 32 for general trade and 14 for the building and construction sector.

The biggest source of projects registered by the GIPC in 2017 was China, with 38 projects, followed by India with 22, the United Kingdom with 16 and South Africa with 10. Turkey, France and Mauritania registered eight each, followed by investors from the United States with six, Germany with five and the Netherlands with four.

Previous first place awards received by the Centre were in 2016 and 2017. The GIPC in collaboration with the Ghana Embassy in the UAE (including the Ghana Consulate in Dubai), Dubai Business Chamber, the Ghana Free Zones Authority and the Ghana Gulf Chamber of Commerce and Industry, has just concluded an investment promotion mission to the UAE from April 6 – 14 2018, themed ‘Linking Development And Emerging Markets Through FDI: Partnerships For Inclusive Growth And Sustainable Development’.

The over 30-member private and government sector delegation, led by the CEO of GIPC, Yoofi Grant, attended the Annual Investment Meeting (AIM) 2018. As part of the itinerary, the delegation met with the executive management and members of the Abu Dhabi Business Chamber in Abu Dhabi on April 8.