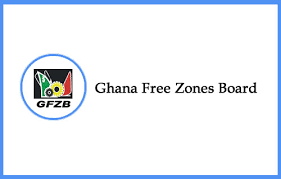 Homepage » Economy » GFZB to reduce cost of power to members

The Ghana Free Zones Board(GFZB) has announced that it is meeting with the Volta River Authority(VRA) to reduce the cost of electricity supplied to companies in the enclave.

According to the board, it will also take a relook at the agreement of Enclave Power Company—the entity mandated to supply power to companies in the enclave.

Some companies in the enclave complained that the cost of power in which is above 20 cents per kilowatt hour is unsustainable.

Rider Steel company, which operates in the enclave shut down last year, laying off over 400 workers due to cost of power.

The company has since reopened after an intervention from the Office of the Vice President.

Under the Free Zones concept, companies are expected to export not less than 70 percent of their produce.

Reacting to a question from Citi Business News after an interaction with journalists, the Executive Secretary of the Ghana Free Zones Board, Michael Okyere Baafi assured that the high cost of power will be reduced.

“We have had two meetings already. We are going to have the last meeting. It’s collaboration between GFZB, the VRA and the Enclave Power Company. We are talking. We want to come to a firm conclusion then we will take the final decision on what to do. Either to still extend the contract with the EPC, or to find another solution on what to do,” he noted.

Mr. Baafi maintained that it is imperative for the board to help reduce the cost of power in the enclave since it is a major issue in the production cost.

“It is a very important issue that we are looking at. We believe that we must try to make the environment conducive for investors operating in the zone to attract more FDI”

Meanwhile, Mr. Baafi stated that the board is also working with  the Ministry of Trade and Industry to attract investors under the One District one Factory Project.