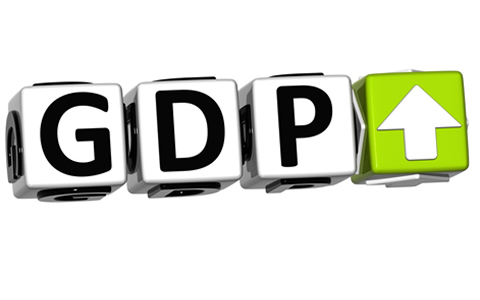 The economy grew by 5.7 per cent year-on-year compared to the 5.4 per cent recorded in the same period for 2018.

This was contained in the Ghana Statistical Services (GSS) second-quarter GDP estimates released in Accra on Wednesday.

According to the GSS, the estimates are based on provisional data secured from all sectors of the economy.

Breakdown of the estimates

However, without oil, the GDP estimates for the second quarter stood at 4.3 per cent and 5 per cent for the same period in 2018.

However, when it is seasonally adjusted, real GDP increased to 1.4 per cent from April to June this year.

According to the Ghana Statistical Service, the main growth drivers for the performance from April to June 2019 were Information and Communication, Mining and Quarrying, Health and Social Work and Real Estate.

Sector contribution to GDP growth for the second quarter

The Services sector recorded the highest growth of 6.5 per cent, industry followed with 6.1 per cent, while Agric posted a 3.1 per cent growth rate.

Under the services sector, Information and Communication sub-sector increased from 14.6 per cent in quarter two of 2018 to 52 .8 per cent in the second quarter of 2019. 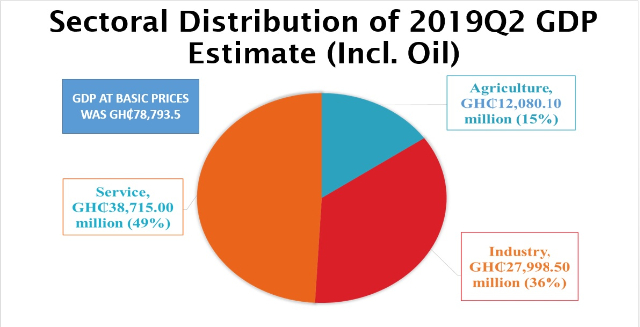 It was followed by Real Estate which recorded a 14.9 per cent jump in growth, recovering from its 0.8 per cent contraction in the second quarter in 2018.

Education had 8.9 per cent and Hotel and Restaurant had 6.6 per cent.

Finance and Insurance which in the past had been the trailblazer of the sector however just recorded 1.4 per cent growth. However, Public, Administration and Defense, social sector contracted by 2.8 per cent.

Its growth was propelled by Mining and Quarrying sub-sector, which slowed to 14.0 per cent in the second quarter of 2018 compared to 14.9 per cent recorded in 2019.

However, Construction contracted or declined by 8.3 per cent, Water Supply, Sewerage, Waste management and remediation was down by 7.9 per cent. Electricity also went down by 7.5 per cent.

Livestock 5.7 growth pushed the overall growth of the Agric Sector, while crops increase by 4 per cent. However, Forestry was down by 6.5 per cent, while fishing also declined by 2.1 per cent. 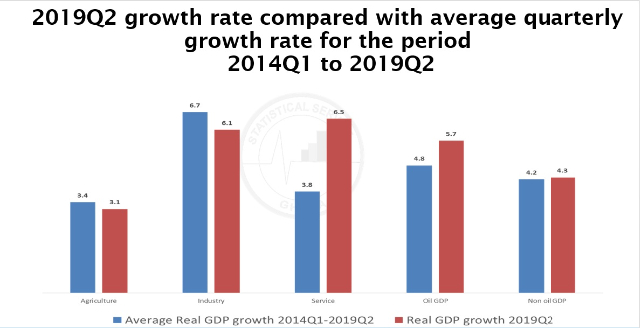 The Services sector remained the largest sector the Ghanaian economy, based on the Secord quarter estimates, with a share of 49.1 per cent.

This should mean that the country or economy can be described as Services-led. Industry accounted for 35.6 per cent, while Agric had a 15.3 per cent share of the total size of the economy.

How the GSS measured the Data

The GDP estimate is the main indicator of economic performance for the country. They are measured in three approaches, that’s output approach, the expenditure approach and the income approach.

This Statistical release contains independently compiled quarterly estimates of the GDP for the second quarter using the product approach. It is based on the 2008 System of National Accounts, the International Standard Industrial classification.