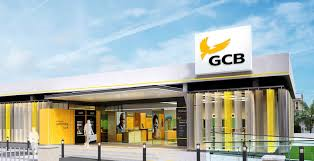 GCB Bank Limited has declared a dividend of 30 pesewas per share, amounting to GH¢79.50 million for the 2018 fiscal year.

The amount, which is payable by June 17 to all shareholders who are registered with the bank, represents a 200 per cent increase over the 2017 dividend, which was 10 pesewas per share.#

The increase in the dividend was attributed to the growth in the bank’s basic earnings per share which grew from 0.89 pesewas in 2017 to GH¢1.23 in 2018, representing a growth of 38 per cent.

The Chairman of GCB’s Board, Mr Jude Kofi Arthur, addressing shareholders at its 25th annual general meeting (AGM), said the bank’s dividend policy sought to provide shareholders with an adequate return on their investment, while maintaining adequate plough back to sustain growth and shareholder value.

“Accordingly, we propose a dividend of 30 pesewas per share amounting to GH¢79.50 million for the 2018 fiscal year,” he stated.

The Board Chairman pointed out that the bank entered 2018 with cautious optimism while focusing on growth opportunities as market conditions improved.

He said the bank made significant progress in 2018, posting a strong financial performance which was underpinned by the disciplined execution of its strategy.

Net fees and commission income also increased from GH¢170.30 million to GH¢197.60 million, representing a growth of 16 per cent.

Mr Kofi Arthur said this financial performance put the bank among the top three most profitable banks in the country for 2018.

The Board Chairman, however, pointed out that high cost of operation continued to be a major challenge for the bank, as it posted a cost-to-income ratio of 60.5 per cent, which was way above the industry average of 53.5 per cent.

He said the board acknowledged this challenge which was mainly due to a number of legacy issues it inherited.

“Adequate measures have been put in place to ensure that our cost-to-income ratio falls below the industry average,” he noted.

Total deposits also went up by 19.6 per cent from GH¢6.92 billion to GH¢8.30 billion, making GCB the number one bank in deposit and asset size.

The bank’s equity recorded a growth of 19.4 per cent from GH¢1.21 billion to GH¢1.45 billion, while capital adequacy ratio also stood at 22 per cent as at the end of 2018, significantly above the prudential requirement of 10 per cent.

The Managing Director of the bank, Mr Anslem Ransford Adzete Sowah, for his part, said the bank was committed to ensuring effective corporate governance and sound risk management, in the wake of the recent reforms by the Bank of Ghana (BoG).

He said the board, with its various committees and the management worked hard to ensure sound business management practices throughout 2018, in furtherance of this objective.

“We also continue to institute a culture of ethical banking through our rigorous management framework,” he stated.