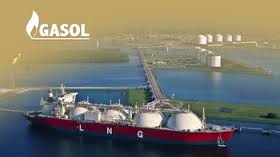 “The talks with Ghana Gas are going well, so we are confident that we will make an announcement on an agreement within the next month,” Gasol Chief Operating Officer Alan Buxton told Reuters.

The company, listed on London’s Alternative Investment Market, plans to build a floating liquefied natural gas (FLNG) terminal in the Port of Cotonou in Benin, but the project’s financing depends on a gas purchase agreement with Ghana Gas.

Buxton said agreements with Benin and Togo to buy 60 million cubic feet of gas per day (mmcf/d) were already in place.

Gasol also has an option to acquire African Power Generation (AfGen), a Ghana Gas joint venture partner for a project potentially to build an FLNG terminal in Ghana. AfGen will be responsible for selling at least 100 mmcf/d of Gasol’s gas in Ghana for five years.

Buxton said Gasol’s option to acquire AfGen will depend on the agreement with Ghana Gas and the approval of a concession in the Port of Benin that will house its FLNG facilities.

“If we can get the pieces in place then the board can start to look at the value of AfGen,” Buxton said.

Ghana is counting on promising oil and gas discoveries off its coast to help boost its economy and replace some of its reliance on expensive liquid fuels for energy generation.

Its flagship Jubilee field, estimated to contain 1.4 trillion cubic feet in gas reserves, is expected to start processing gas in September following long delays due to financial and technical issues.