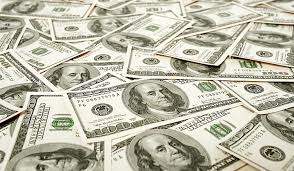 The Bank of Ghana accepted forty million dollars’ worth of bids in its latest auction of forex, which is the same as the amount it accepted two weeks ago, on January 28, 2020.

The forward auction sales started in October 2019. Under the move, foreign exchange dealers are able to make advance purchases of foreign currency to be supplied at an agreed rate later on.

The Bank of Ghana adopted this to help in regulating the supply of foreign currency and to stabilize the cedi for some time.

Tuesday’s amount was 22 percent of the total amount that banks bid for, during the auction period.

Banks bid for a total of 51.5 million dollars for periods spanning seven days to forty-five days.

This figure is lower compared to the 79.75 million dollars they bid for a fortnight ago.

But the central bank maintained its amount accepted at forty million dollars.

Also, the maximum bids quoted by the banks were between 5 cedis 38 pesewas and 5 cedis 47 pesewas, lower than the figures quoted in the previous auction.

Though the central bank’s auction committee quoted same as the minimum amounts given by the banks, its maximum quotes ranged between 5 cedis 37 pesewas to 5 cedis 47 pesewas.

Invalid bids submitted this time around amounted to 250,000 dollars, less than the 4 million dollars recorded in the previous auction