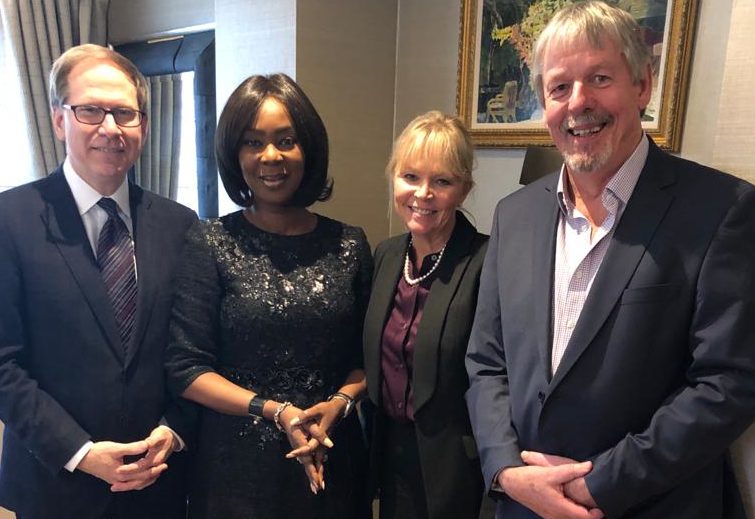 U.S.-based Fortify has partnered with Nigeria-based Wellbeing Foundation Africa (WBFA), to address iron deficiency – the major underlying cause of maternal deaths during childbirth in developing countries, a press release has said.

Iron deficiency is the most widespread public health disorder in the world, affecting at least one-third of the global population.
In the absence of adequate interventions, Fortify works to drive innovation in the private sector, guiding companies to add iron to everyday meals through the fortification of simple, healthy foods consumed by most families, according to the released.

The release also noted that the World Bank and the Copenhagen Consensus have both ranked food fortification as one of the best investments in development in terms of cost effectiveness.

According to the World Health Organisation (WHO), food-based approaches represent the most desirable and sustainable method of preventing micronutrient malnutrition.

Fortify’s efforts with leading food producers have already resulted in the monthly production of 20 million sachets of iron-fortified tomato paste varieties in Nigeria alone – an historic milestone in food fortification as it is the first-ever, iron fortified tomato-based product. Production and distribution in Ghana are expected later this year, it said.

In addition to its deep relationships with governments and institutions in West Africa and globally, WBFA has the infrastructure and network to educate community health workers and families about the potentially life-saving benefit of consuming this improved version of tomato paste, a West African staple.

Iron is the essential element necessary for building blood. In developing countries, the main cause of iron deficiency is low iron bioavailability of the diet. Premenopausal women are particularly vulnerable due to iron loss in menstrual blood and the increased iron demands of pregnancy.

The overall global prevalence of anemia is just over 40% among two highly vulnerable populations: women aged 15–49 years and children under the age of five. In developing countries, the prevalence exceeds 50%.
Iron deficiency, it noted, can lead to premature labor, intrauterine growth retardation, low birth weight of the infant, birth asphyxia, neonatal anemia, and death (of both the mother and the child).

The consequences of iron deficiency not only affect personal health, but the economic health of communities and countries as well.

“Joining forces with the Wellbeing Foundation at this juncture could not be better timing. Now that iron-fortified tomato mixes are reaching even the most rural villages, we can jointly work to help educate health care workers and women about the importance of adding iron to their diets,” Fortify’s Founder and CEO, Nancy Martin was cited as saying in the release.

“Mrs. Saraki has been a leading voice in maternal, newborn and child health in Nigeria since serving as the First Lady of Kwara State in 2003, and knows how to reach and educate stakeholders at every level in Nigeria. She is also a recognized global voice for women, newborns and children, advising multiple organizations including the World Health Organization and the United Nations. We are especially pleased that Mrs. Saraki has recently accepted our invitation to serve as a member of Fortify’s Advisory Council,” She was further cited as saying.

“When we began discussions with Fortify, I was struck by how elegant yet practical a solution this is for iron deficiency anemia in that tomato paste is already built into the food supply and is a big part of meals every African eats,” Mrs Saraki was also noted as saying in the release.

“According to the WHO the benefits of ending iron deficiency anemia are substantial as timely treatment can restore personal health and raise national productivity levels by as much as 20%,” she continued.

“This new initiative will engage with First Ladies and policymakers across Africa in accelerated efforts to eradicate iron deficiency. I know how much impact First Ladies in Africa can bring to women, families and communities, particularly in improving maternal health outcomes due to their highly visible advocacy. Together, the Wellbeing Foundation Africa and Fortify are determined to end the devastating effects of iron deficiency on women and their families.” the release concluded.

About Fortify
Fortify was founded in 2012, when it began exploring market-based alternatives to iron fortified flour, which is mandated by some African governments, but is not widely distributed to the rural areas that make up nearly 70% of most African countries. In West Africa, Fortify determined that tomato paste, an important ingredient in most meals, would be the best food vehicle for iron fortification. Tomatoes are rich in Vitamin C, a necessary nutrient to boost iron absorption.