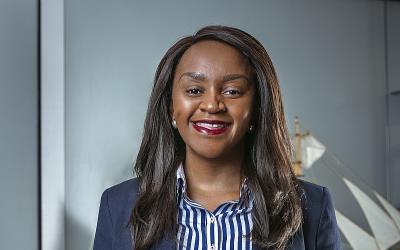 With just one year into its operation after a successful merger, AirtelTigo has lost its first female Chief Executive Officer, Mitwa Kaemba Ng’ambi to Africa’s leading network giant, MTN.

Mitwa who vacated her post officially last Friday 13 September 2019 as CEO of Ghana’s second-leading telecom player AirtelTigo, is expected to take up a new job as the new MTN Rwanda CEO.

Officially announcing her appointment, the MTN Group described Mrs. Ng’ambi as not only a seasoned leader, with a strong background in commercial and technology but also someone with the unique experience of leading mergers and acquisitions in the telecom industry.

“Ng’ambi, is a seasoned leader with a career spanning more than 10 years in telecoms and returns to MTN where she previously held the role of Chief Marketing Officer at MTN Benin and several other roles at MTN Zambia. She has a strong background in commercial and technology with a track record of driving business strategy for growth, as well as developing high-performing teams. She also has the unique experience of leading mergers and acquisitions in the telecom industry,” it stated.