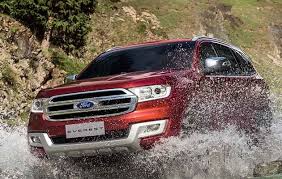 The company’s plant in Pretoria, the capital, will have capacity to build 10,000 Everests a year and will be the fourth production hub for the SUV after factories in Thailand, India and China, Dearlove, Michigan-based Ford said in a statement on Tuesday.

The automaker plans to start producing the Everest in South Africa in the third quarter, and the vehicles will be sold across sub-Saharan Africa.

“When your plant gets a new vehicle it’s a big deal,” Jim Farley, Ford’s president of Europe, Middle East and Africa, said in a presentation at the factory on Tuesday. “Today we are demonstrating our commitment to South Africa and Africa as a long term strategic export base for the Ford Motor Company.”

The South African government’s automotive-incentive program has attracted companies including Ford, BMW AG, and Volkswagen AG to set up factories and create jobs in the country, where unemployment is almost 25 percent.

Exports of all cars and commercial vehicles will probably reach a record of 376,000 units this year, according to the National Association of Automobile Manufacturers of South Africa, even as the local market declines.

Automakers are also preparing for an expected rise in demand in sub-Saharan Africa, boosted by improved road conditions and young populations with disposable income.

The category was the third-largest by value of exports, after mineral products and precious stones.

In South Africa, Ford produces the Ranger in Pretoria and manufactures the Duratorq engine at a factory in Port Elizabeth. The $167 million will also include investment in Ranger production, which is running at full capacity, the company said.