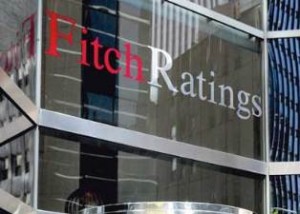 International credit rating agency, Fitch Ratings, has disclosed that the printing of more money by the Bank of Ghana to finance the huge budget deficit facing the country will “aggravate already high inflation and contribute to further weakness of the cedi.

The cedi, for the past few months has been seen grappling with other major currencies and has fallen 21 percent since the beginning of the year.

Even though measures have been put in place by the central bank, the currency continues to fall; adversely affecting the economy.

Below is the statement from Fitch

Below is Fitch’s report

Printing money to finance the deficit will aggravate already high inflation (14.7% in April 2014) and contribute to further cedi weakness.

The cedi has fallen 21% since the start of the year.

Fiscal and external vulnerabilities have mounted in Ghana, and were reflected in rising bond yields and cancelled bond auctions as market participants appeared increasingly wary.

Instead, the 2.1% of GDP 1Q14 budget deficit was financed by the central bank, which provided funding equivalent to 10% of government revenue – twice the BOG’s own full-year limit.

The government did not issue as planned five- and seven-year bonds in March and May respectively, due to punitive rates.

Ghana plans to move ahead with a new Eurobond and has hired advisers to raise as much as USD1.5bn, but attracting dollars to fund the current account and budget deficits looks increasingly challenging.

A successful issue might ease immediate external financing pressures, but the cost would likely be high.

Fitch expects rising interest costs and weaker revenue growth on the back of rising macroeconomic uncertainty to push the budget deficit over 10% of GDP – the third consecutive year of double digit budget deficits and above the government’s target of 8.5%.

External financing conditions will remain extremely tight over the coming months. Foreigners held 21% of domestic debt at end-2013, down from 26% in 2012. Of this, roughly one quarter was due to mature by the end of this month.

With some recent auctions suggesting foreigners’ unwillingness to rollover existing debt, this could see a further outflow of funds adding to pressure on the cedi.

Further stress might arise from Ghanaian banks repaying dollar loans taken out during 2013, and there are potential risks of further dollar outflows if the BOG were unable to roll over swap facilities and loans.

Gross external financing requirements, net of FDI, stand at roughly 70% of reserves. Reserves were USD4.7bn in March 2014, a fall of USD900m over the quarter, and just 2.3 months of current external payments.

Fitch placed Ghana’s ‘B’ IDR on Negative Outlook in March 2014 highlighting deteriorating external and fiscal balances and noting the increasing challenge and cost of financing the deficit.

A further deterioration in external finances and an erosion of international reserves that jeopardised external financing capacity are ratings sensitivities.

The next scheduled rating review will be on 26 September 2014 a fall of USD900m over the quarter, and just 2.3 months of current external payments.

Fitch placed Ghana’s ‘B’ IDR on Negative Outlook in March 2014 highlighting deteriorating external and fiscal balances and noting the increasing challenge and cost of financing the deficit.

A further deterioration in external finances and an erosion of international reserves that jeopardised external financing capacity are ratings sensitivities.