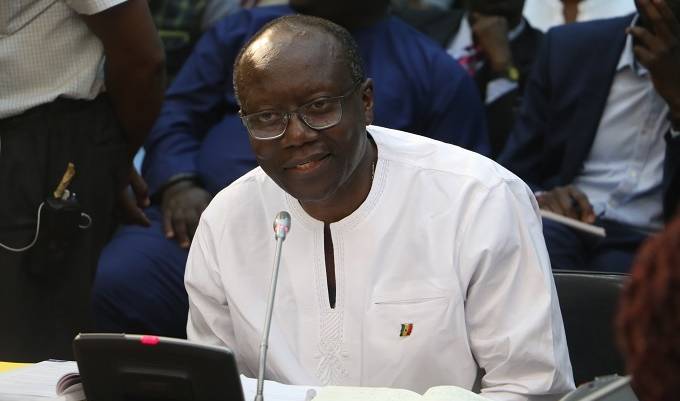 Finance Minister, Ken Ofori Atta has defended the competitive nature of the recent bond issue by government to the tune of 2.25 billion dollars, describing it as a mark of renewed investor confidence in the country’s economy.

But according to Mr. Ofori-Atta the government had pulled off a deal hailed by the financial markets worldwide as impressive.

“We have heard comments about the rates we got and a comparison with the last sovereign bond that we did, which had a guarantee from the World Bank. I think it was 10.75% that was a dollar bond and we raised a billion so we are talking about dollars when we talk about 10.75% and this one(the latest bond issue) is really a domestic bond that we are referring to. Therefore there will be differences in interest rates and differences in risks because you have both the inflation factor and you have a currency issue that you have to deal with but the beauty of what we did was that we also had a call option on that which means that in future as interest rates come down after five years we can call on these things. I think the market really hailed it and we are going to Washington a lot more confident than before because the Breton woods institutions know that the market response to what we are doing is good.” he said.

The finance minister further enumerated the benefits of the latest bond issue.

He added” the issue of going long was important because it registered confidence, it reduced our interest charges for what we have currently and then we have a call option on it which will enable us to call as we strengthen the market because we feel pretty confident that the exchange rate will continue to go down with the policies we have and inflation will come down which will affect interest rates and so we put that clause in there to make sure that we take advantage of the changing times so I think the market really hailed it and we are going to Washington a lot more confident than before because the Breton woods institutions know that the market response to what we are doing is good. They themselves acknowledge the momentum and confidence and it’s a great time for the country”.

The latest bond issue comprising four bonds representing the largest amount issued by a sub-Saharan African country in a day was issued for periods ranging between 5 and 15 years consistent with the initial price range of 18.95% – 19.85%.

Substantial investments in the bonds came from respected global financial investors Franklin Templeton led by acclaimed investment guru Michael Hasenstab who has a track record of investing in countries that other investors largely ignore in deals that are seen as unsafe bets that end up paying off.

Having invested in countries like Ukraine, Mexico, Iran and Argentina previously in economically turbulent times. Templeton has held Ghana’s debt for over ten years and already has about 2 billion dollars in domestic and sovereign bonds.

Mr. Ofori-Atta does not stand alone in his belief that the 2.25 billion dollar bond is remarkable for the fortunes of the economy.

Vice President Mahamudu Bawumia said at a town hall meeting to commemorate the 100 days in office that the bond issuance was the deal of the year.

On his expectations of the IMF Spring meeting days after the IMF team ended Article IV meeting in Accra, Mr. Ofori-Atta remained hopeful that the country was on course towards a successful termination of the IMF programme in April 2018 as originally scheduled.

He affirmed the IMFs confidence in the new team at the helm of affairs in Ghana.#