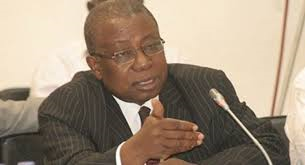 Mr. Kwaku Agyeman Manu, the Health Minister, has vowed to remain relentless in the fight against tuberculosis (TB), saying, this remains a national health priority.

Everything would be done to bring down the disease prevalence rate and he called for all to join hands with health workers to achieve the goal.

The Minister said this in a speech read for him by Dr. Frank Bonsu, the National TB Control Programme Manager, at the launch of the Ghana Parliamentary TB Caucus in Accra.

This comes amid recent detection of a TB type which has not been seen in the country before.

About nine patients had been diagnosed with the new drug-resistant strain of the disease and medicines had been brought in from Nigeria to deal with it.

He commended parliament for the strong support in raising resources to conduct the National TB Prevalence Survey.

He encouraged the Parliamentary TB caucus to join the West Africa Network for TB, chaired by Ghana, and which had been set up to handle the epidemic in the sub-region.

The TB Caucus is a group of Members of Parliament (MPs) with a shared goal of engaging in advocacy and legislation to fight the disease.

Mr Joseph Osei Owusu, the first Deputy Speaker, who performed the official launch, reminded the Caucus, to work towards the target of stopping TB by year 2030.

The expectation was that they would do more to get funds released to the Health Ministry to undertake its planned activities.

Dr Kwabena Twum Nuamah, Chairman of the Caucus, said the group was eager to become a driving force in advocating for interventions, influence policy and the allocation of extra funding for TB control programmes.

Its formal launch would spur the members on to engage interested parties to ensure that Ghana achieved the millennium strategic target of ending the TB pandemic in 2030.

He spoke of the need for treatment and management of TB to be made accessible and affordable.

He said many of the hospitals across the country required to be provided with x-ray machines to detect TB in the early stages for treatment.

There should also be increased public health education to prevent the spread of the infection, he added.

Mr Emmanuel David Ombogadu, Chairman of the West African Parliamentary TB Caucus stated that the launch of the TB Caucus was an ample testimony that law makers were greatly concern about the high levels of TB and the challenges of its control in Ghana.

He said the TB Caucus had a responsibility to legislate laws that would help in the fight against TB globally.

He said under the 2030 target agenda, law makers are expected to provide legislation, appropriation, accountability and oversight.

He said adoption and implementation of content global TB caucus vision included ensuring that TB issues raised high on government’s political agenda not only in , but the West Africa sub-region as a whole.

Dr Owen Kaluwa, WHO Country Representative to Ghana stated that TB was one of the leading causes of death globally.

He said Africa alone accounted for about 20 percent of the global TB incidence although there had also been some achievements.

Dr Kaluwa also stated that many African countries including Ghana have achieved the treatment successes target of 85 percent for drug sensitive TB but for drug resistant TB, treatment success was still very low with a huge gap in enrolment for treatment.

He explained that with gaps in access to diagnosis, treatment and poor monitoring practices, drug resistant TB was now becoming a public health crisis.

Afro Global Alliance and other Civil Society Organisations in TB advocacy including the media also pledged their support to work with the parliamentary TB Caucus to ensure that the government’s vision to end TB by 2030 was achieved.