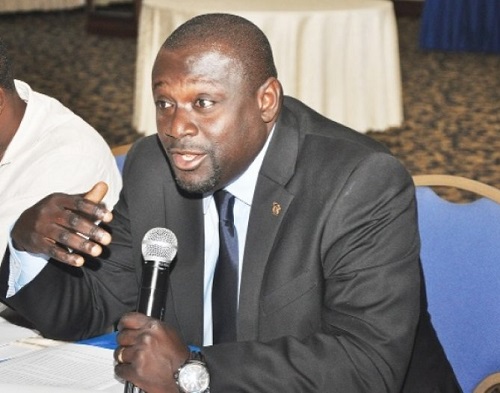 The country is nearing the receipt of a fifth bailout tranche payment of some US$118m, out of the US$918m IMF Extended Credit facility, following fruitful deliberations between the Briton woods institution and members of Parliament’s Finance Committee.

According to the chairman of the Finance Committee of Parliament, Dr. Mark Assibey-Yeboah, the staff of the Fund are primarily in the country to begin talks towards the fifth review and analyse performance of the government thus far in order that they can release the fifth tranche.

Mostly, when the IMF staff come into town, they meet with government officials – Ministry of Finance, Presidency, Bank of Ghana, Senior Minister as well as Parliament’s Finance Committee.

There are eight tranches in all, of which US$118m balance of payment support is expected soon, hence the visit of the IMF staff to begin talks for the release.

Furthermore, Dr. Assibey-Yeboah also explained that the IMF officials had enjoyed fruitful discussions with the Finance Committee in the past and were keen to meet up again this time round.

“Today’s meeting focused on the 2017 budget performance; they have data up till the end of August, how government’s revenues are performing, expenditure patterns, issues to do with the central bank when it comes to the currency, inflation and economic growth numbers.

They will be at speed with the data that government is using to inform its position on the 2018 budget, so that they can also have a foothold in the 2018 budget discussions, which are set to come in less than three weeks,” he told B&FT in an interview after the meeting on Thursday, October 26, 2017.

The country went to the IMF in 2015 for an External Credit Facility of about US$918 million under the John Mahama administration.

The IMF team is expected to meet with the government’s Economic Team to discuss how fiscal policies can be incorporated into requirements set by the Fund.

Ghana is awaiting the release of the fifth of eight tranches of balance of payment (b.o.p) from the IMF and prior to that the Fund would have to come to the country for a review, which is dependent on the performance of the terms of the agreement.

Dr. Assibey also indicated that the discussions covered all the issues, from monetary to fiscal, trade, energy bond, among others, and the IMF t and they got satisfactory responses from the officials of the Fund.

He expressed confidence about the country accessing the funds soon given strong macroeconomic performance, so far.

“So far, performance has been good; if you look at inflation, it has come down, the currency has stabilised, the deficit numbers are good, the debt stock is still high, there is some performance criteria, these benchmarks are set, so they go over, you don’t have to satisfy everything 100percent. If they give you a pass, releases will be made,” he added.

The IMF, recently, approved an extension of the Extended Credit Facility, initially worth $918 million, which will see the programme continue for an extra year beyond its original April 2018 end date.

Ghana, which exports cocoa, gold and oil, signed onto the programme in April 2015 hoping to restore fiscal balance to an economy dogged by budget deficits, rising public debt and inflation.