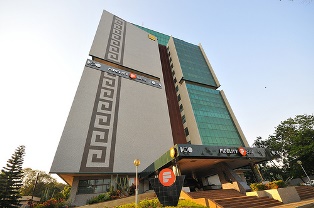 Fidelity Bank has met the new minimum capital requirement of GH₵400 million after shareholders of the bank passed a special resolution.

The resolution was passed to move GH₵50 million from its income surplus and to add it to the existing stated capital GH₵354 million on November 30.

Addressing a press conference, Chairman of the Bank, Mr Edward Effah said the Bank had about GH₵264 million minimum capital requirement even before this year, adding that in April 2018, GH₵20 million was moved from its income surplus and added to the figure.

In October GH₵70 million was brought in as fresh capital before the GH₵50 million resolution on Friday, November 30 to increase the stated capital to more than GH₵400 million, Mr Effah said.

According to him, the financial standing of the bank over the years has been strong; adding the bank did not find raising additional capital a challenge.

Fidelity Bank now joins the growing list of Banks that have met the minimum capital requirement before the December 31 deadline.

According to Central Bank of Governor, Dr Ernest Addison, 22 commercial banks have met the new capital levels of GH₵400 million as the end of November 2018.

The pandemic is no time for fiscal distancing – AfDB webmanager April 10, 2020

Tullow Oil revival gets boost from lenders webmanager April 9, 2020
Close
Business World Ghana
Proudly powered by WordPress Theme: Magad.
We use cookies for functional and analytic purposes to ensure that we give you the best experience on our website. By using this website, we assume that you give your consent to this policy.Ok