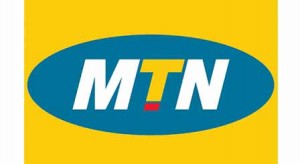 The largest telecommunications company in the country, MTN, has said it is determined to find a lasting solution to the continuous cutting of its fibre optic cables and pilfering of its work materials.

It said those acts of misconduct greatly affected   network connectivity and came at a cost to the company.

It said last year alone, the company experienced at least 870 fibre cable cuts nationwide, and that the figure kept increasing in spite of stringent measures that had been put in place to stop the practice.

Because of prevailing conditions, the company said it spent about GH¢90,000 to replace a kilometre of fibre optic cable lost, an amount which would have helped to give improved services to its customers.

The Corporate Service Executive of MTN, Ms Cynthia Lumor, made this known at a meeting with senior journalists and editors in Kumasi last Friday. She said the company was making sustained and deliberate investment to maintain its status as the most sought-after telecommunications network.

She said as of the end of 2013, the company had covered at least 1,900 sites, the highest by any of the telephony companies in the country.

“We are ready to meet the rising challenges in the industry,’’ she said, adding that  the company had a task to cover every district capital in the country within five years.

Ms Lumor said the company was investing GH¢311 million to improve on its network and was also doing a lot more to maintain its credibility.

She said despite the challenges the company was facing in its investment drive, it was spending GH¢14.1 million on the foundation it had set up to support initiatives in education, health and other key sectors.