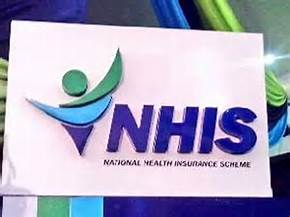 The National Health Insurance Scheme is facing a GHC337million funding gap, which could hamper the Scheme’s operations and leave close to 700,000 people without medicare.

The National Health Insurance Authority (NHIA), which administers the scheme, has perennially had a gaping hole in its books; but managers say the current threat from the funding gap means the biggest health insurance scheme in the country is now facing a crisis.

Chief Executive Officer Nathaniel Otoo and the Health Minister, Alex Segbefia, have both conceded that the Scheme’s operations will be significantly constrained if government fails to bridge the gap amid the Authority’s objectives this year to increase the scheme’s active membership from the current 11.2 million to 11.9 million by the end of the year.

“For the Scheme to operate optimally, an amount of GHC2billion was required. Expected total receipts made up of government of Ghana receipts and Internally Generated Funds for 2016 amounted to GHC1,669 billion, leaving a funding gap GHC337million,” Mr. Otoo said.

Health Minister Alex Segbefia further added: “However, the august House is reminded to take note of constraints that the Authority is likely to face if the gap of GHC337million is not financed”.

The topmost policymakers in the health sector made their concerns known to Parliament, with the entirety of legislators urging Finance Minister Seth Terkper to “take all the necessary steps to ensure that the funding gap is closed in order to keep the NHIA solvent”.

Parliament, before it went on recess, approved GHC1,497million captured in the Appropriations Act, 2016 as budgeted receipts for the NHIA, as well as the National Health Insurance Fund Allocation Formula 2016 to implement its programme of activities for the 2016 financial year while additional funding is being sought.

Mr. Otoo explained to Parliament that the budgeted amount represented receipts from VAT and SSNIT, which are part of the Fund’s revenue sources.

The NHIA intends to intensify efforts through membership drive and policy reforms to encourage enrolment and renewal of membership by the end of the year.

According to a report of the National Health Insurance Fund Allocation Formula, officials of the Authority have projected that 43 percent of the population, or 11.9 million will constitute active membership of the NHIS in 2016 – representing an about-6.25 percent increase over the active membership of 2015.

The report further indicated that  the Authority will not go beyond the ceiling provided for in the Appropriations Act, 2016, and said that the ministry will be expecting additional allocations from the supplementary budget in the course of the year.

The Average premium rates per member (informal sector) in 2015, the report states, was GHC12.

Mr. Segbefia assured Parliament that when the Technical Review Committee set up to review the Scheme completes its work, the operations of NHIA will be better as the cost of operations will go down and revenue sources improved.

“In 2016, we plan to strengthen controls over the Consolidated Premium Account (CPA) system to improve premium collections and reduce leakages.

We intend to introduce the e-payment and on-site banking system for premium collection,” the report stated.