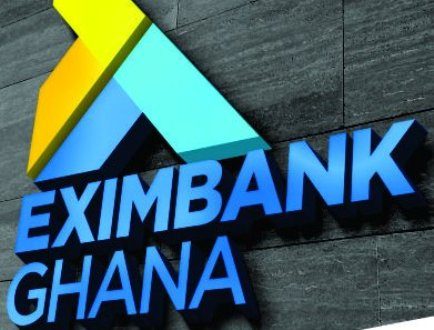 EXIM Bank Ghana is collaborating with Entrance Pharmaceuticals and Research Centre, a member of the Tobinco Group of Companies, to produce hydroxychloroquine and azithromycin locally for the management of COVID-19 cases.
The bank said it was ready to advance a $5 million facility to the company for the production of the drugs locally.

COVID-19 patients treated with hydroxychloroquine and azithromycin are said to recover quickly but the drugs are not available locally on a large scale.
Furthermore, the cost of the drug has shot up on the international market.

During a visit by members of the Exim Bank Credit Subcommittee to the Entrance Pharmaceuticals and Research Centre, the Board Chairman of the bank, Mr Kwadwo Boateng Genfi, said the bank took great interest in the national efforts to contain the pandemic.

“Ghana Exim was highly impressed with Tobinco’s utilisation of a previous grant extended to the group and, therefore, was ready to advance a new $5 million to help tackle the pandemic in the country,’’ he said.

Chloroquine, and a related derivative, hydroxychloroquine, have gained global attention in the treatment of COVID-19, although the World Health Organisation (WHO) says there is no definitive evidence that they cure COVID-19 patients.

The prospect of using hydroxychloroquine to facilitate the process of treating COVID-19 amid the pandemic has sparked heated disagreement among politicians and scientists.

Nonetheless, indications are that while the drug is effective in treating COVID-19, tests are yet to be subjected to the due diligence of extensive clinical trials.

In the United States, for instance, which has recorded an extensive number of cases, President Donald Trump urged doctors to prescribe hydroxychloroquine to COVID-19 patients.

Mr Trump used one of his daily White House coronavirus briefings on March 29 to urge Americans to take hydroxychloroquine.

“What do you have to lose? Take it,” Mr Trump said, and emphasised that the US had gathered 29 million doses of the drug.

Although journalists questioned him about the promotion of an unproven treatment, he argued that his belief was premised on clinical trials, citing France, where “they had a very good test.”

President Trump later asserted in a tweet that the use of the drug in combination with azithromycin, an antibiotic, could be “one of the biggest game-changers in the history of medicine”.

But, a top US infectious disease doctor, Dr Anthony Fauci, warned that there was no conclusive evidence to support that argument.

Nevertheless, the Chairman of the Exim Bank Credit Subcommittee, Nana Dr Appiagyei Dankawoso II, told the Daily Graphic that it had now become so critical that “if you have to import those drugs from outside and you don’t get the supply, and you can do it internally, that is important.”
He said currently everybody was trying to look at home-based production, adding that: “In fact, this has been a clarion call from our side.”
Background
In line with the President’s vision of industrialising the economy and supporting local businesses, the Exim Bank has identified 10 areas of the economy to extend support to in order to drive the agenda.
These areas include pharmaceuticals, poultry, agro processing (fruits and juices, non-alcoholic production, agribusiness including maize production, youth in green house project, and cashew and shea butter production on a large scale).
The objectives of these thematic areas are to generate employment, increase export to other West African countries and drive import substitution.
On pharmaceuticals, the aim is to support companies which are into manufacturing, production and distribution of products within the subregion.