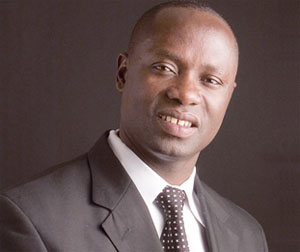 Following the inconsistent supply of power over the past few years, Minister of Energy and Petroleum, Mr Emmanuel Armah-Kofi Buah, has assured Ghanaians of a big relief in conditions come October 2014.

Gas from the Atuabo Gas Processing Plant will be expected to start flowing by October hence minimising the volume and cost of crude oil the country imports to power its thermal plants.

According to him, in addition to the gas from Atuabo, other complementary projects, such as the Tweneboah- Enyenra-Ntomme (TEN) and the Sankofa gas processing plants, were expected to produce about 300 million cubic feet of gas.

Government plans to bring all those projects on stream within the next three to four years to power thermal plants that would be built by investors, he said.

According to the minister, power demand was growing very fast, by-passing the projected annual growth of ten percent to stand at twelve percent. This will mean that the country will have to add an additional 200megawatts to its pool every year

“This means we should be having 400 megawatts of power as reserve, but because of our very slim margin, anytime we have a hitch or we plan to do maintenance or a plant goes off, we have to do load shedding,” he explained.

The major thermal plants in the Aboadze enclave, he said, produced 550 megawatts of power, but currently only 100 megawatts was being generated due to damage to some units.

Those, he said, were being repaired, with projections that some of the units would not be restored till the end of July this year.

The Bui Dam, Mr Buah said, had the capacity to generate 400 megawatts of power and was supposed to give at least 200 megawatts to help the situation but unfortunately, the water level had gone so low that it was generating 100 megawatts, which was further reduced to 90 megawatts at peak times.

The ministry has therefore acquired new thermal plants which should generate an additional 110 megawatts of power in Takoradi, 220 at Kpong and an emergency power ship which would add another 200 megawatts.

To prevent erratic power supply in the future, Mr Buah said his ministry will not only focus on cheaper fuel of powering plants but also had laid down a comprehensive yearly addition of power generation to ensure stability in adding power to the national pool.