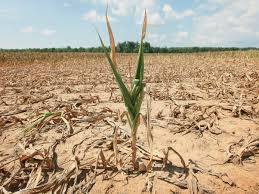 South Africa, the continent’s largest producer of corn, imported the white variety from the U.S. for the first time in 12 years as the worst drought in more than a century hurt local output.

The country imported 1,330 metric tons of the white type from the U.S. in the week ended April 15, Pretoria-based South African Grain Information Service said in a statement on its website Tuesday.

South Africa, a net exporter of agricultural products, last year had the least rainfall since records started in 1904, damaging crops and raising prices.

It may need to import 3.8 million tons of yellow and white corn this year to bolster domestic supplies, according to Grain SA, the biggest lobby group for farmers.

White is used as to make a porridge known locally as pap and is more difficult to source internationally because the yellow variety is more widely grown overseas. In southern and eastern Africa, yellow is mainly fed to animals.

The country’s grain buyers will work to source more non genetically modified white corn from the U.S. and Mexico in the next few months to supplement domestic demand, which is forecast at about 1.1 million tons through April 2017, Wandile Sihlobo, an economist with Grain SA, said by phone.

While the price of corn in the U.S., the biggest producer, has more than halved from a record in 2012 because of a glut in supply, the cost of the white variety of the grain produced in South Africa has more than doubled since the start of last year because of the drought.

It imported 52,319 tons of the yellow variety from Argentina in the period, while exporting 4,050 tons to neighboring countries, it said