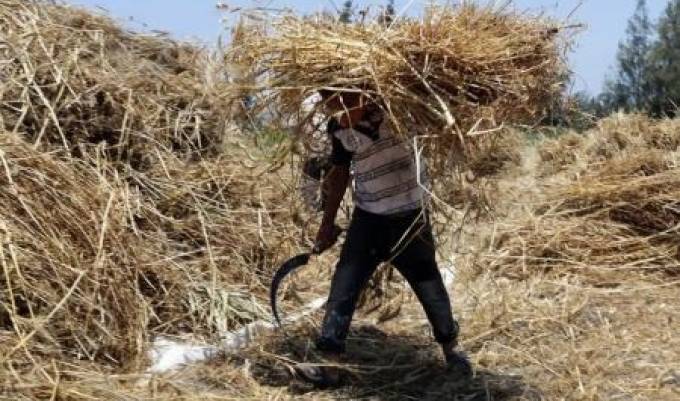 Egypt’s Agriculture Ministry said on Wednesday the government had procured 99,646 tonnes of local wheat since the start of the buying season on April 15.

Egypt, the world’s largest wheat importer, is planning to buy 4 million tonnes of Egyptian wheat in the 2016 season.

The total area that has been harvested across the country so far is 826,491 feddans out of a total of 3.439 million feddans that have been planted, a statement by the ministry said.

One feddan is equal to around one acre.Farmers are being paid a fixed price of 420 Egyptian pounds ($47.30) per ardeb (150 kg) of wheat after Egypt abandoned plans to pay farmers global rates for their crop this year.

The higher fixed price, well above global market rates, is meant to encourage farmers to grow wheat but has previously led to smuggling involving the sale of cheaper imported wheat to the government falsely labeled as Egyptian.

Egypt’s wheat harvest begins in April and runs through July. Last year the government said it procured a record 5.3 million tonnes of the grain, up from 3.7 million the year before.

Industry players have said that last year’s record procurement was the result of falsely labeled foreign wheat and that it drained nearly 2 billion Egyptian pounds from the government budget.The supplies ministry has repeatedly denied this.