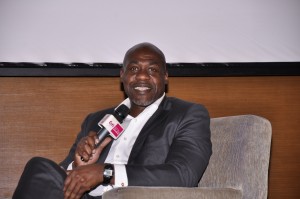 Chief Executive Officer of Nubuke Investments and one of Africa’s 100 most influential personalities for 2013, Tutu Agyare, has advised stakeholders in the educational sector to empower citizens to fully leverage the opportunities of a middle income country.

“If we don’t have a good base, we are not going anywhere. If we don’t empower our people to help themselves, we are not going to be able to grow things exponentially and leverage off being a middle income country, If we are trying to transform our economy, then we have to take a step back and look at things differently” Tutu said.

Speaking at the 12th MTN Business World Executive Breakfast meeting at on the theme “Smart Investing in an Emerging Middle Income Economy” in Accra last Thursday, Mr. Agyare said the citizens need to be educated so they can build small businesses to help themselves instead of depending on a small number of private individuals and government to provide jobs. 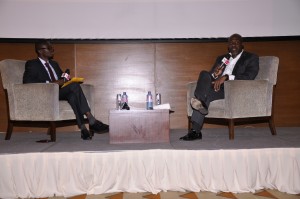 He added “In the developed countries, 60%-70% of the workforce works in companies that are five people or less. We need to be able to educate our people to be able to build small businesses for themselves.We need to educate a huge number of people to a particular level so they can help themselves. Our educational system doesn’t do this so we need to take a step back, look at the system and ask what we are solving.”

Tutu also touched on agriculture as a big challenge facing Ghana today; how to feed herself with her own produce. He said “One of the untapped opportunities is in the agriculture space. If you look at the amount of food that is imported into the country, that can be grown here, it boggles my mind that the average Ghanaian wants to wear a suit and a tie and sit in a bank and doesn’t want to go to the land to take advantage of it”.

Even though setting up farms may come with a few sacrifices like discipline and relocating, it has the capacity to generate the same returns as one working in the bank. There is also a lot of help available to set up farms. 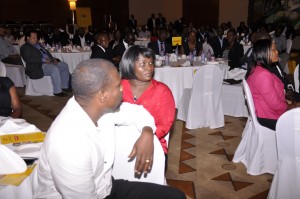 He challenged the status quo that agriculture was not attractive, he argued that if you are serious about rice for example, “The people who import will buy the rice off you, the international economy will help you with your agronomy and structure”. There is money to be made in agriculture.

Ghana spends approximately half a billion dollars on rice importation.

Citing another example he said “The alcohol industry also spends between 100 and 150 million dollars a year on ethanol importation when ethanol can easily be gotten from cassava; which is not difficult to grow,” Tutu added.

The meeting which was organized by Business World magazine was attended by over 200 CEOs and entrepreneurs from corporate Ghana.