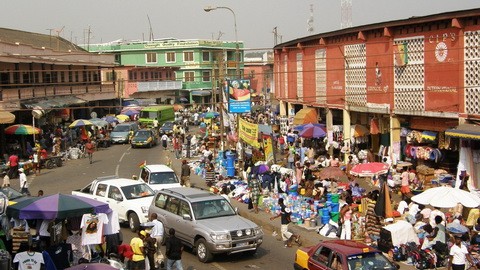 Homepage » Africa » Economic Inequalities in West Africa, the Worst on the Continent- Report

West Africa suffers the most inequalities on the continent but many governments prefer to ignore problems despite economic growth, a report by Oxfam and Development Finance International reads.

“In most countries the benefits of this unprecedented economic growth have gone to a tiny few,” the report reads.

“Inequality has reached extreme levels in the region, and today the wealthiest 1% of West Africans own more than everyone else in the region combined.”

The report reads the vast majority of West Africans are “denied the most essential elements of a dignified life, such as quality education, healthcare and decent jobs”.

In Nigeria, for example, the wealth of the five richest Nigerian men combined stands at $29.9bn — more than the country’s entire budget in 2017, the report reads.

Rather than tackle inequality, some of the region’s governments are underfunding public services, such as health and education, and failing to tackle corruption, Oxfam’s regional director Adama Coulibaly said.

The report called on governments to do more to promote progressive taxation, boost social spending, strengthen labour market protection, invest in agriculture and strengthen land rights for smallholders. For example, it said the region loses an estimated $9.6bn annually because of corporate tax incentives offered by governments to attract investors.

But not all governments are tackling inequality the same way. Cape Verde, Mauritania and Senegal are among the most committed to reducing inequalities, it said, while Nigeria, Niger and Sierra Leone are among the least.