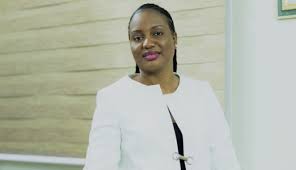 Ecobank Group, the pan-African bank, has announced the appointment of Mrs Aissatou Djiba Diallo, formerly of Microsoft, as its new Senior Fintech Advisor to strategically raise Ecobank’s support for the fintech sector.

In her new role Djiba will lead the Group’s fintech initiatives and advise senior management on the banking group’s fintech strategy. Her appointment is an important step in the ongoing implementation of the group’s broader digital strategy and demonstrates Ecobank’s commitment to playing a major and high-profile role in helping Africa’s innovative fintech sector to achieve significant global market share.
Prior to joining the Ecobank Group, Djiba was the Head of Innovations at Microsoft4Afrika, where she built the strategy to identify, support and attract key African fintech start-ups and partners to the Microsoft Cloud platform and oversaw 50 countries. Before that she was Marketing Manager and Partner and Strategy Program Lead for West and Central Africa, Microsoft.

Speaking on the appointment, Eddy Ogbogu, Group Executive, Operations and Technology, noted that “Djiba’s appointment represents an important step in the overall Ecobank Group’s fintech and digital agenda. The expertise, passion and innovation she brings to the role will allow us take the next crucial steps on our path to further cementing our position as Africa’s leading digital bank.”

A large part of Djiba’s role will focus on growing the bank’s flagship annual fintech initiative – the Ecobank Fintech Challenge and Ecobank Fintech Fellowship – through which the Ecobank group has promoted Africa’s most promising fintech start-ups. The programme provides selected fintechs with the opportunity to fast-track their growth by gaining a commercial partnership and product integration with Ecobank’s pan-African platform and unified ecosystem. The Challenge and Fellowship has been run for two years (2017 and 2018) and is poised for an enhanced third edition in 2020.

Djiba, who has served as a Judge of the two previous editions of The Challenge and Fellowship, said “I am delighted to become a part of the vision of the Ecobank Group in supporting the development of African fintechs and further drive the continent’s economic development. Fintech is an important part of the Bank’s goal to vastly increase its customer numbers across its pan-African footprint of 33 countries and open up market access and integration for Africa’s fintech ecosystem.” She added that “In the past three years, the bank has significantly strengthened its partnerships with start-ups and I am excited that our Group CEO and senior management have prioritised new waves of initiatives to expand our work with fintechs and deliver a whole new level of win-win collaborations that will positively impact African lives and grow African fintech businesses.”

Djiba holds a Master’s Degree in Computer Science from Université Pierre et Marie Curie, France, and she is an aeronautics enthusiast.