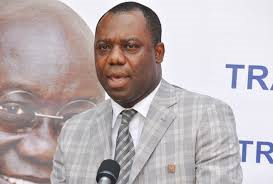 The Minister of Education, Mathew Opoku Prempeh, says the double-track system, which government intends to roll out in September this year at the Senior High School (SHS) level, will save the nation at least a billion Ghana cedis.

He suggests that although the government will eventually spend money to expand infrastructure to deal with the challenges brought on by the free SHS policy, the double-track system will, for instance, remove the pressure to rush through obtaining the funds and putting up school buildings.

Time, he said, is not on government’s side.

“We did the sum based on the 2017/2018 pricing, and we realised that we needed one billion cedis. Between June and September when these facts became clear, we realised that even if we had one billion cedis there is no way we can construct 622 classroom blocks and fix it for occupation before the middle of September, meaning we have to start thinking. Time is not on our side,” the Minister said at a press conference, Tuesday.

The press event is part of the Education Ministry’s effort to quell opposition to the new system that government says has been necessitated by huge senior high school enrolment figures with the start of the free SHS policy.

Infrastructural and logistical challenges have resulted in crammed classrooms and dormitories across all 600 public secondary schools in the country.

Government says the double-track system is a temporary measure to mitigate the overcrowding, promising to put up more schools to deal with the situation soon.

Speaking at the press conference, Dr Opoku Prempeh revealed “we looked at our options and engaged Cabinet in our options. Our options were that some development partners have promised to support us because we have started free SHS.

“Some say they will come with money 250 million, some say they will come and help us construct model schools, the World Bank promised additional financing but between the promises and the delivery is an average of 30 months and we are still waiting and working through the Ministry of Finance with our development partners.”

The double-track system divides the entire student body and staff into two different tracks. So while one track is in school, the other is on vacation.

Critics say the system will extend the vacation for SHS students which will water down the impact of the academic process. Others say it will put pressure on teachers.

Government has said it will engage additional teachers, thereby dealing with concerns that teachers will be overburdened.