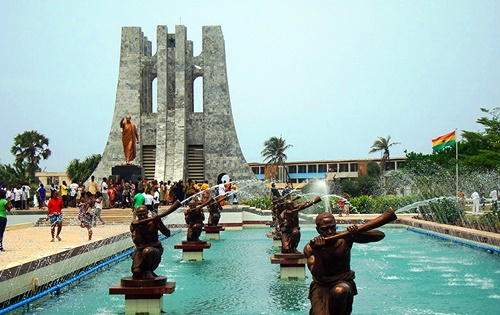 A Ghana Statistical Service report indicates that expenditure made by domestic tourists during their visits to different parts of the country in 2015 amounted to GH₵698.4million.

The report defines domestic tourism as the tourism of resident visitors within the economic territory of the country of reference.

In broader terms, expenditure on transportation was the highest – recording 47.8 percent, followed by shopping with 21.3 percent. Spending on food and beverages constituted 18.9 percent, while cultural services recorded the least expenditure of 0.09 percent.

The report, which was on a survey taken in 2015, shows that a total of 5,620,134 people engaged in domestic tourism. Out of that number, 1,941,567 of them were same-day visitors; meaning they didn’t spend the night at places they visited.

The other 3,678,567 were overnight visitors, indicating that those tourists spent at least one night in their destinations.

In terms of gender, male domestic visitors make up 47 percent and the remaining 53 percent are females.

However, the Akuffo-Addo-led government has indicated that it is committed to leveraging on tourism to raise enough revenue to undertake major developments in the country.

In relation to this, government in the 2017 budget increased allocations for the sector to GH₵43.9million.

Ghana’s tourism industry is already a key contributor to the national economy, ranking fourth in terms of input after oil, gold and cocoa.

According to the World Travel & Tourism Council (WTTC), the sector directly accounted for around 3% of GDP in 2016 – with its total contribution rising to 7.1% in addition to directly and indirectly employing 5.6% of the workforce.

Government has also said that it has plans to involve the private sector to invest and promote domestic tourism.

One of the projects government wants to partner the private sector in is the Marine Drive Tourism Investment Project, which involves developing nearly 100 hectares of land along the shoreline of Accra – between the Osu Castle beach-front and the Centre for National Culture.

Among the proposed amenities are hotels, shopping malls, theme parks, an office complex and a casino.

The development was initially proposed by the former government and ratified by Cabinet last October. It is being overseen by the Ministry of Tourism, Arts and Culture, with projects to be rolled out as public-private partnerships (PPPs) over the course of this year.