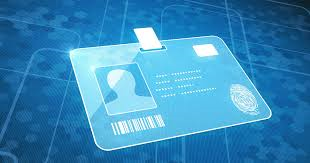 Digital IDs can drive financial inclusion and address what experts describe as a challenge affecting over 1.1 billion people worldwide.

“You need the private sector, most government institutions will have to (establish) a public-private partnership, in order to roll out these platforms,” Malu said. “The challenge is around how much space you give the private sector in such partnership so that they don’t take advantage of it. It’s a question of how you restrict their participation.”

He added that rather than governments attempting to establish an identity platform for industry, it would be quicker for banks to collaborate and create a single platform.

Once the basic platform is created, other services can be stacked on top, making it easier to transact said Malu.

He added that these systems should not be locked into citizenship and said countries like Estonia allow non-citizens to have a digital identity which makes it easier for foreigners to be assimilated into their system.

Malu supported the idea of having an open banking platform where users can port their data from one provider to another.

“You can store data in a secure location and only give permission. You have a right to your data and you can choose whom to share it with,” he said. “There is a bill in Kenya that is making its way to parliament on data protection and we are told these are some of the areas it is going to address.”