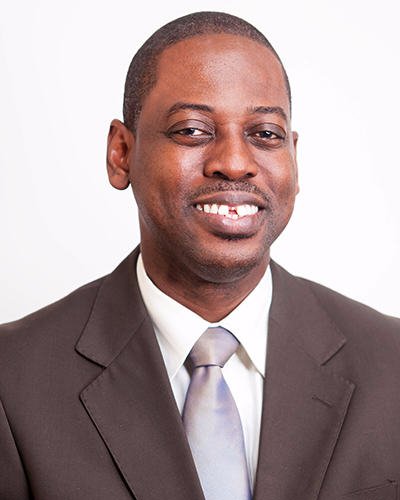 Daniel Obgarmey Tetteh, Vice President  Data Bank,  has been appointed as the new Director General of the Securities and Exchange Commission (SEC).

He takes over from Dr. Adu Anane-Antwi who retired from the commission in December 2016.

Rev. Daniel Ogbarmey Tetteh has over 20 years’ experience in the investment banking industry and has been the Executive Director and Head of Databank Asset Management Services Ltd. (DAMSEL) since 2008.

Under his leadership, assets under management has grown from GH¢192 million to over GH¢1.8 billion currently.

Prior to assuming leadership of DAMSEL in 2008, Daniel was head of Databank Research from 2000.

Under his leadership, Databank Research was awarded the prestigious Best Africa Research Team (2007) award at the Africa Investor Ai Index Awards held at the London Stock Exchange in 2007.

He lectured in Marketing at the University of Ghana Business School from 1996-1998 and was also a Facilitator in a Case Study at a Corporate Strategy class at Harvard Business School, USA in 2008.

He is a motivational speaker and an author of two books: “31 Days to Financial Independence” and “You Can’t Make Your Wife Pregnant”.

He was educated at the University of Ghana Business where he obtained a B.Sc. Admin with First Class honors in 1989 and an M.B.A (Marketing).

Daniel also holds a Postgraduate Diploma in Corporate Finance and Management from Sorbonne University, France in 2001 and an honorary doctorate in Management and Christian Leadership from the International Christian University in 2014.

According to the Reverend Daniel Obgarmey Tetteh he is committed to supporting the private sector and also making the capital strong because of the role it plays in developing the economy.

The new SEC boss said he is committed to addressing issues that impede the operation of players in the investment banking space and the industry.

“I believe that this is the time for the capital market to blossom and fulfil its mandate in the Ghanaian economy,” he stressed.