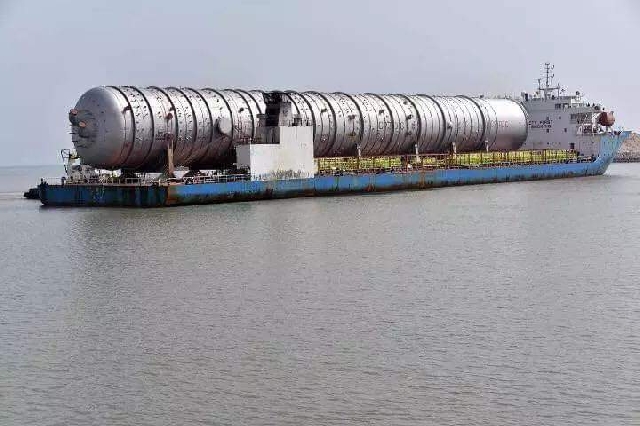 The Crude Distillation Column is the largest in terms of distilling capacity which is 650 thousand barrels per stream day.

The equipment weighs 2250MT excluding the weight of the internal trays, which weigh approximately 536 MT.

It is the largest diameter, longest length and the heaviest single-unit equipment in domestic export equipment.

It will be installed in the world’s largest single-series refinery – the 32.5 million tonne/year Dangote refinery in Nigeria.

The refinery equipment, which was manufactured by Sinopec in China, is the primary unit processor of crude oil into fuels.

It took 14 months to construct by Sinopec Company in China and eight weeks to transport it to Nigeria.

According to officials of the Refinery, the Dangote Refinery’s capacity of 650 kbpsd is higher than the total demand of Nigeria, thus, catapulting Nigeria’s position from a net-importer of petroleum products to a net-exporter.

The Refinery is expected to generate over 9,500 direct and 25,000 indirect jobs.