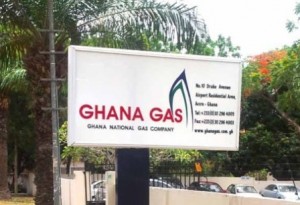 The Sekondi High Court last Thursday overturned its earlier ruling that restrained the Ghana National Gas Company (Ghana Gas) and four others from carrying on any activity on the land on which the company operates until Ghana Gas regularises its occupation with the Eastern Nzema Traditional Council.

That was after the court had upheld an application for a variation of its decision filed by Ghana Gas.

The court, presided over by Mr Justice Kofi Akrowia had, on Monday, June 9, 2014, restrained the defendants from carrying on work at the project site for a period of 14 days, within which Ghana Gas was to contact the chiefs and the people of the traditional area to regularise its stay on the land.

The other defendants in the substantive case are SINOPEC, the Chinese construction firm working on the Atuabo Gas Project, Quantum Terminals Limited, the Ghana Oil Company (GOIL) and Ernest Nunoo, owner of the Ernest Seafront Hotel.

The court imposed the injunction, following an application filed by the Omanhene of the Eastern Nzema Traditional Area, Awulae Amihere Kpanyinli III.

The judge had, in its earlier ruling, said should the defendants fail to take advantage of that leeway offered by the court, the injunction would then become permanent.

Awulae Kpanyinli had argued in his affidavit in support of the suit that none of the defendants had lawfully acquired the land from the traditional authority, adding that Ghana Gas initially approached the council and presented drinks indicating its preparedness to acquire the land.

The affidavit said regrettably, the company never legally acquired the land and, in spite of various protests and petitions, it continued with the project.

Arguing the case for Ghana Gas, its counsel, Mr Enoch Larbi-Aboagye, said prior to the commencement of the construction of the gas processing plant, the company had, together with officials of the Ministry of Energy and Petroleum, approached the plaintiff and indicated the intention of the Government of Ghana, through the company, to site the plant, which formed part of the Western Corridor Gas Infrastructure Development Project, at Atuabo.

According to Mr Larbi-Aboagye, the company told the plaintiff and other chiefs in the area that due to the urgency of the Western Corridor Gas Infrastructure Development Project and the fact that the acquisition process could delay the commencement of construction activities, the company wanted to commence activities while the acquisition processes were also pursued.

He said the plaintiff agreed to the proposal and he was subsequently introduced to SINOPEC, the engineering, procurement, construction and commissioning contractor for the gas infrastructure project.

Counsel, therefore, prayed for the order to be lifted, saying that its pendency would lead to great hardship on the company, as the human and material resources mobilised to the project site at great cost would remain idle and unutilised.

According to him, it would cost the company US$1,217,505 in labour for each day and US$17,045,070 for the 14 days that the expatriate workers would remain idle as a result of the restraining order, adding that the order would result in delay of the supply of gas to the Volta River Authority for the generation of thermal power.

The plaintiff and his lawyers were not present in court, despite having been served notice of the action.

Ghana Gas is a midstream gas business company incorporated in July 2011 with the responsibility to build, own and operate infrastructure required for the gathering, processing, transporting and marketing of natural gas resources in the country.