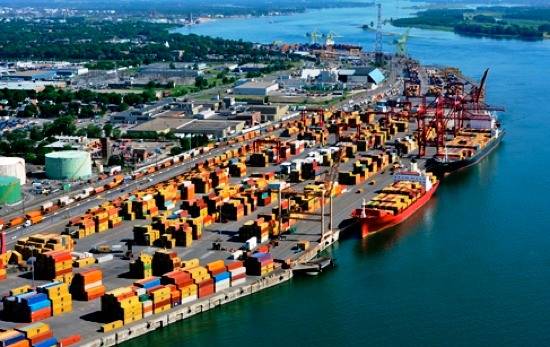 Homepage » Maritime » Cost of Shipping to go up by 20% Worldwide

The cost of shipping is set to increase by about 20 percent worldwide from 1st January 2020, when the full implementation of the International Maritime Organization 2020 Sulphur Cap regulations takes effect.

The new regulation dubbed the ‘IMO 2020 Sulphur Cap Regulations’ requires all vessels to use fuel with sulphur content of 0.5 percent rather than the 3.5 percent currently being used by ships.

The recommended fuel include Methanol, Liquefied Natural Gas and Marine Diesel Oil rather than the popular bunker fuel currently being used by almost all ships worldwide.

However, the Low sulphur content fuel is generally expensive and also less available widely.
Compliance with the regulation is estimated to increase the cost of port to port operations will increase, which will likely be passed on by end-users.

A research conducted by Reuters estimates that fuel accounts for about half of a ship’s daily operational cost.

The fear of most shippers in Ghana is that shipping lines might reject doing business in Ghana from January 2020 because they may not be able to refill their vessels when they arrive at the port.

The shippers Committee says consumers of imported products should brace themselves for some increases in the prices of goods.

“No businessman is father Christmas if the cost hits you hard, you will pass it on to consumers. And we are all consumers,” Barima Dr. Ofori Ameyaw II, Chairman of the Greater Accra Shippers’ Committee told Citi Business News.

The new regulation according to the International Maritime Organization is to help control pollution caused by the marine industry.

Over 90 percent of the world trade is carried out across the oceans by some 90,000 marine vessels. These vessels produce approximately 10% of all anthropogenic sulphur emissions at the global level.

This chemical has been described as harmful to human health, and a hindrance to marine activities including fishing.

Vessels that fail to comply with this regulation would either be fined, have their insurance declared invalid and unseaworthy or banned entirely from sailing.

Ghana’s Transport Ministry has already instituted a committee made up of personnel from regulatory agencies to ensure full compliance by shipping companies in Ghana.

“At the policy level, serious considerations are being given to ensuring that petroleum products meet the requirement for the sulphur level. Other issues under consideration include the handling of ships coming into Ghana’s ports without the compliant fuel, the availability of facilities to test fuels in use by ships,” Chief Executive Officer at the Transport Ministry, Mabel Sagoe told stakeholders at a sensitization forum in Accra.
The Ghana Shippers Authority has begun a nationwide tour to sensitize stakeholders ahead of the implementation of the regulation.