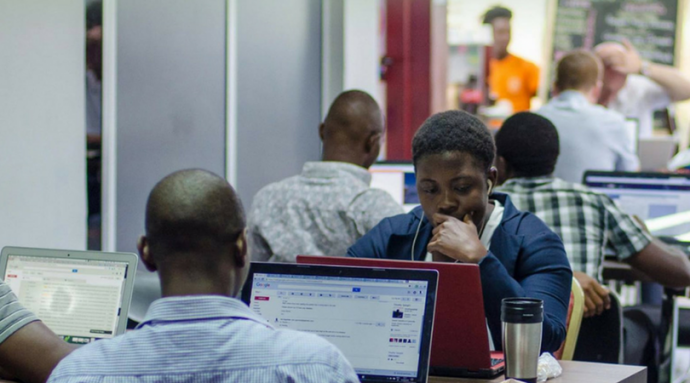 After 16 years of eking out a living as a small-scale builder, Misheck Woyo’s business came to an abrupt halt on March 27 when South Africa imposed a lockdown.

Unable to pay rent and wages or even feed himself, he doesn’t know where to turn to for help.

Woyo’s plight is shared by small-enterprise owners the world over who’ve been caught up in the global maelstrom wrought by the coronavirus, with his fellow Africans among the hardest hit. The poorest continent accounts for less than 1% of the world’s more than 2.4 million confirmed infections, but it’s the worst equipped to get aid to those that need it most.

More than half of Africa’s 54 nations have ordered total or partial lockdowns, shuttering millions of stores, restaurants, hair salons and factories that lack the cash buffers they need to keep paying staff and eventually reopen.

Most governments were already facing budgetary constraints and grappling with rampant unemployment before the virus hit and will be hard-pressed to provide bailouts, while a lack of administrative capacity will hinder the swift disbursement of international support.

“I don’t have any income, I don’t have any money,” Woyo, 40, said by phone from his home in Strand, near Cape Town, where he passes his time reading and exercising. “Everything has just stopped.”

The structure of the labor market exacerbates Africa’s problem. More than 85% of its workers have informal jobs, International Labor Organization data shows, rendering many ineligible for support. And those that do qualify may be unaware of available assistance due to illiteracy or inadequate advertising, or an inability to access online facilities needed to apply while confined to their homes.

The fallout from the virus could place a third of the 300 million informal jobs in Africa at risk, while between 9 million and 18 million formal jobs could be lost, according to McKinsey & Co. It also sees as many as 35 million people having their wages and working hours cut.

Data on business closures and retrenchments isn’t readily available, but there are ominous signs that a meltdown has begun.

In South Africa, which has imposed a five-week lockdown, 95% of 233 entrepreneurs surveyed by University of Cape Town students and non-profit Phaphama said they couldn’t afford to pay staff, half didn’t expect their businesses to survive and 86% said they didn’t know where to access emergency funding.

A 1 billion-rand ($53 million) business-support fund established by the Rupert family, the nation’s third-richest, was swamped with more than 10,000 applications within three days of opening.

In Nigeria, the informal economy that supports more than half the residents of Lagos and Abuja, the two main cities with a combined population of about 25 million, has ground to a near-halt due a lockdown that’s set to last for at least four weeks. While the government plans to raise as much as $6.9 billion from multilateral lenders to mitigate the impact of the virus on Africa’s most-populous nation, the money has yet to begin flowing.

“We have had almost three weeks of no income,” said Taiwo Odulaja, the managing director of Palms Catering, a 50-seat restaurant in Lagos that now only sells takeouts and has let 19 of its 25 workers go. “I can’t plan for tomorrow. I can’t even plan for the next five hours.”

While Odulaja’s bank suspended her loan repayments for two months and she’s halted payment to her suppliers, she’s still unsure if she’ll be able to pay her remaining staff this month.

In Ghana, the government set aside more than $100 million to provide loans to small businesses hit by a three-week lockdown on the biggest cities that was lifted on Monday — but President Nana Akufo-Addo has said disbursement will only begin next month.

Many entities in the West African nation may not be able to access the funds, which won’t require any repayments for a year, because they aren’t registered, or don’t belong to business groups being used to channel the aid.

The 30-bed Monarch Hotel in Accra, Ghana’s capital, which has shut and put its 22 staff on unpaid leave, is among those that applied for support, but is still awaiting a response, according to Richard Danso, its general manager.

“If the government can just assume the payment of salaries for our employees while they are staying at home, that’d be very helpful,” he said in an interview. “We will call them back as soon as business bounces back.”

Woyo, the builder, is skeptical he’ll be able to revive his business once the virus is brought under control.

“When the lockdown is over, I don’t think business is going to swiftly reopen,” he said. “Clients won’t easily trust people to come to their houses.”