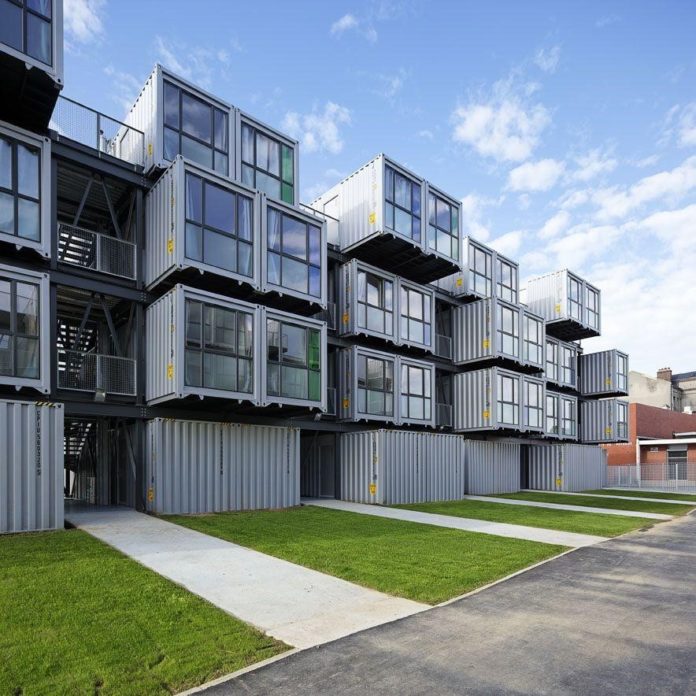 “By that arrangement, we seek to take advantage of technologies of container homes and condominium high-rise buildings on limited spaces to house large numbers of citizens,” he said.

The move, he explained, at the launch of the Ghana Association of Real Estate Brokers in Accra, will make rent charges less expensive and will reduce the 1.7 million deficit data which has been cited for more than a decade in disregard to population growth.

The real challenge with this initiative, Akyea noted, is how to convince the private investor in a form of securities that after pre-financing and rolling out the infrastructure, the company would be paid, adding, “we are looking at investments worth US$80 million for that infrastructure of world class setup.”

“The Finance Minister and I are seriously working on it that before the project begins, we have an internationally bankable instrument by way of guarantee with little challenge finding off-takers,” he said.

Government intends to finance some selected banks on a competitive basis from the pension fund and other funding sources with pegged interest rates to enable the beneficiary banks act as administrative setups to deal with off-takers.

“The aim is to offer developers the incentives to rollout other forms of housing units to wipe out the deficit to a considerable level with a credible mortgage regime, taking into consideration income levels as a factor and reasonable interest charges,” he indicated.

Akyea said a ‘Condominium Bill’ intended to drastically reduce the country’s accommodation deficit is before Parliament, which when passed into law, will entitle real estate companies to construct high-rise buildings and apartments in order to save space especially in Accra and other metropolitan areas.

A condominium is a complex of tall buildings, usually 20-30-storey or more, containing a number of individually owned apartments or houses.

Touching on the Rent Act, Atta Akyea said: “we are amending the act positively and soon, a new rent law will be enacted.

“The next sitting of cabinet will address the issues of rent charges. That legislation is going to come, it’s been fine-tuned already. We want to discourage the 24-month rent advance syndrome and that, landlords cannot exact rent charges beyond certain dimensions,” he disclosed.