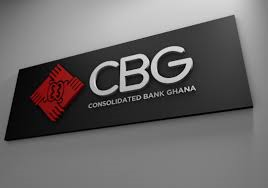 Management of the bank disclosed this when it met workers of the bank at a town hall meeting in Accra, last Saturday.

According to the management, the culprits who were workers of the bank withdrew money from accounts of customers without any authorization.

Addressing the workers, Deputy MD of the CBG Thiaru Ndugu said management will get tough on any staff found culpable.

“We have made one decision about zero tolerance, if you are caught in a fraud case, it is dismissal immediately, immediate dismissal, “he warned.

He charged the workers to report colleagues who engage in suspicious acts.

“So please be on the watch, if you realize that somebody is committing a fraud and some of it is taking customers money, people taking customers deposits and not depositing it yet in customers accounts, please and please highlight it because that is what is going to kill us from the word go even before we start. We’ve had about five cases so far,” Mr. Ndugu stated.

Two workers of the bank were two months ago arrested for stealing GH₵200,000 from the vaults of former Beige Bank.

Bobic Kwamena Yeboah and Prince Ababio allegedly conspired to steal the money to invest in a car business.

The Consolidated Bank is currently going through an integration process with workers yet to be employed.

The CBG was formed after the Bank of Ghana revoked the licenses of five banks for facing liquidity challenges and were highly insolvent.