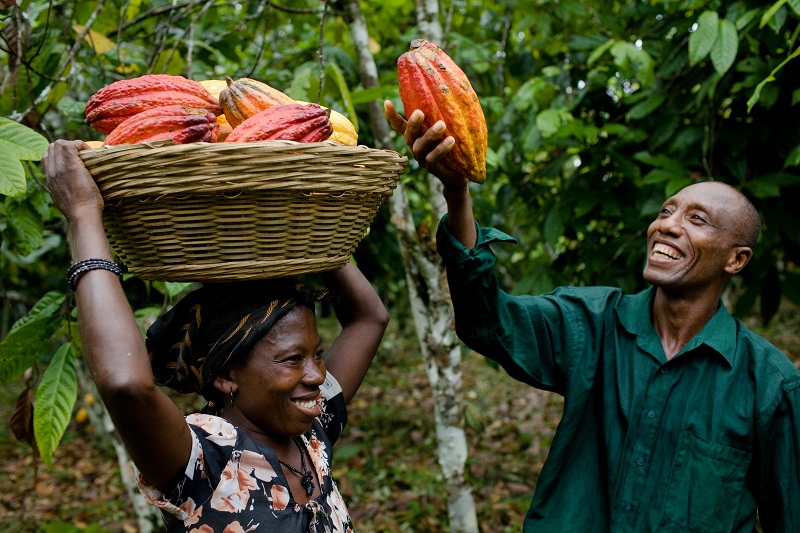 The world’s two biggest cocoa producers are taking unprecedented steps to exert more control on the market in a bid to help farmers. The problem is they could end up doing the exact opposite.

Ivory Coast and Ghana are looking to jointly introduce a premium of $400 a metric ton to their sales, a so-called living-income differential. The move could end up encouraging growers to boost production just as high prices curb consumption, setting the industry up for a dangerous boom-and-bust scenario, traders and analysts say.

“Fair to the farmers as it may be seen, there are unintended consequences,” said Marcelo Dorea, senior soft-commodities trader at investment firm First New York and an industry veteran. “It has the potential to, over time, lead us onto sequential, structural surpluses and inevitably to lower futures prices.”

The move will be felt by farmers from the 2020-2021 season that starts on Oct. 1. That’s just weeks before elections in Ivory Coast and a couple months before citizens take to the polls in Ghana, potentially helping the incumbent governments to gather votes. The two countries account for more than 60% of the global cocoa supply.

“The government will seek to use this to tell farmers how much they are loved,” said Godfred Bokpin, senior economics lecturer at the University of Ghana in Accra. “The dividend comes back when votes are needed.”

Growers in Ivory Coast and Ghana will probably reap some benefits as production from other countries isn’t enough to supply the chocolate industry. But in the meantime, buyers will be kept at bay, and the stalemate could mean the top growers won’t be selling futures to hedge, opening doors for prices to rise in a market where speculators are already holding large bullish bets.

Farmers like Michael Acheampong, who runs a cooperative with 1,500 growers in the town of Kwarbeng, about 100 kilometers (62 miles) north of Accra, are already banking on the plan.

“This is very timely and actually the one single act that will save the ever-dwindling fortunes of the cocoa industry from an eventual collapse,” he said.

But in the long term, higher prices will mean overproduction, hurting the farmer income the nations are trying to protect. It will also stimulate more plantings in competing producers including Nigeria, Cameroon and Ecuador, where the premium paid in the physical market could also rise.

“There’s no economic benefit of Ivory Coast cocoa over Nigeria that justifies a premium of $400 a ton,” said Jonathan Parkman, co-head of agriculture at Marex Spectron Group in London. “So the true beneficiaries of the plan in its current format will, in the long-term, be other grades of cocoa.”

Higher costs are also likely to hurt demand, which is already showing early signs of weakness. Global chocolate sales were flat in the quarter ended April after growing for eight three-month periods in a row, Barry Callebaut AG said in an earnings presentation this month, citing data from analytics firm Nielsen.

“The living income differential of $400 per metric ton significantly increases the cost of cocoa to every manufacturer and end-user, which has the potential to dampen emerging market consumption at current prices,” said Eric Bergman, a commodities broker at Jenkins Sugar Group Inc.

The plan is also likely to hurt traders and processors, which will have to pay the living-income differential on top of the regular premium they pay in the physical market. Many will find it hard to have exposure to such high premiums over the futures as they aren’t usually able to hedge them, while others may struggle to pass on costs.

Barry Callebaut has already warned that while it agrees with the principle of what Ivory Coast and Ghana want to do, the move will result in higher costs for cocoa butter and powder, products of bean processing, staring in 2020.

If history is any guide, the nations are likely to struggle with their attempt to control prices. Unlike OPEC, which exerts its power by controlling supplies, Ghana and Ivory Coast want to prop up prices. An attempt to boost prices by banning sales in 1987 by then Ivorian president Felix Houphouet-Boigny only caused them to more than halve by the time the embargo ended in 1989.

“Any time producer groups attempt to control the market and establish minimum prices, it fails and the market is in worse shape after,” Ganes said. “My concern remains the foreseen consequences that price support mechanisms lead to even greater oversupply and ultimately depressed values.”