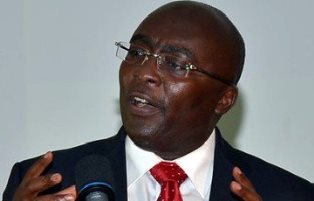 Vice President, Dr. Mahamadu Bawumia, has revealed that the Chinese government will release the remainder of the $3 billion China Development Bank (CDB) loan it withheld.

Dr. Bawumia was addressing the press after arriving from a four-day official visit to China, where he disclosed that he “met with the Vice President of the China Development Bank and we were able to successfully negotiate the reactivation of the remainder of the entire loan that was given to Ghana.”

The Master Facility Agreement (MFA) on the loan was signed on December 16, 2011, following the International Monetary Fund Board’s approval on December 14, 2011, for increasing Ghana’s commercial borrowing ceiling for 2011 from US$$800 million to US$3.4 Billion.

The loan agreement was approved by Parliament in August 2011 amid concerns over the terms and conditions of the agreement, particularly, the collateralization of oil against the loan.