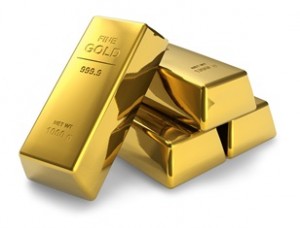 It is purported that the cause of irregular supply of foreign currency on the local market is stemming from offshore accounts maintained by the Ghana Chamber of Mines; an allegation openly refuted by the organisation.

According to the Acting Chief Executive, Sulemana Koney, more than 60percent of the profits are kept at the Bank of Ghana and some other local banks.

Under existing rules however, these firms are allowed to keep almost all of their profits in offshore accounts.

Bank of Ghana had at recent news conference in Accra proposed to the government for the renegotiation of mining contracts that will compel firms operating in the oil and mining sectors in Ghana to keep part of their profits in the country.

The Minerals Commission has also confirmed that mining companies maintain their large parts of the accounts onshore and maintain an onshore account for foreign supplies.

“Though the law permits them to keep offshore accounts, they mostly keep their accounts with the Bank of Ghana and the commercial banks,” Minerals Commission Chief Executive, Dr Tony Aubyn, said in an interview.

“They have retention accounts they use for salaries and other supplies, so even though the law allows them to keep offshore accounts, it is not practical to do so,” he said.

The Central Bank said it would recommend to the government to change the policy.

The bank expects to use the new policy as a means to ensure regular and adequate supply of foreign currency on the local market.

The bank also wants to push some government agencies to keep their foreign exchange proceeds from project funds with the Bank of Ghana instead of keeping them in offshore accounts.

Business World (with notes from Graphic)