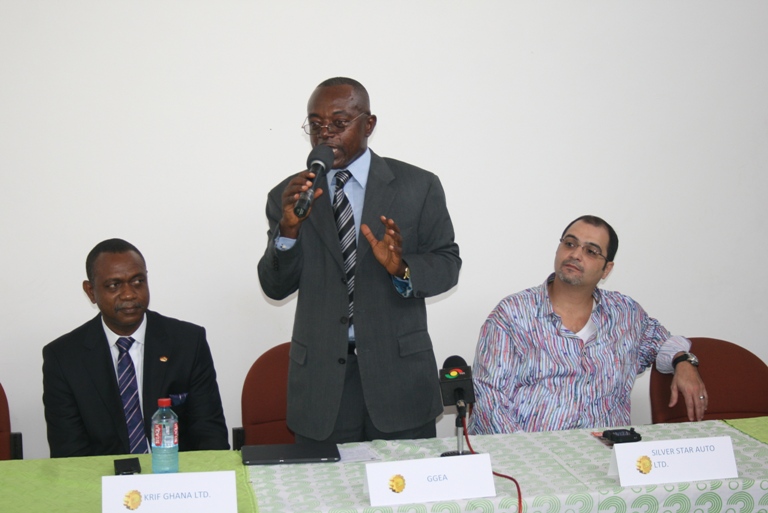 A section of the business community in the country has called on state agencies that issue permits, licences and register companies to modernise their activities in order to cut delays and improve the turnaround time.

The private sector players described as unacceptable, delays in acquiring permits from state agencies such as the Ghana Standards Authority, the Ghana National Fire Service and Metropolitan, Municipal and District Assemblies.

The delays are largely attributed to wanton duplication of roles which hamper the ease of doing business and increase costs.

Speaking at the second edition of the Meet-the-Government series by the Ghanaian-German Economic Association (GGEA) in Accra, some participants stressed the need for those agencies to come together and work in order to reduce delays in granting permits.

The series involve dialogues that feature selected topics aimed at influencing government policies to create a favourable environment for businesses in the country.

The second edition brought together players in the private sector, policy makers and people from government to deliberate on what every business in the country needs to do to obtain a variety of business licences, permits and registration before it starts operation.

The meeting on the theme: “Permits and Licensing Regimes in Ghana,” was chaired by the President of GGEA, Mr Stephen Antwi, with the Chief Executive Officer of Tema Metropolitan Assembly (TMA), Mr Isaac Ashai Odamtten, and an official with the Ghana Standards Authority (GSA), Madam Stephanie Addo, as speakers.

Other speakers were the Principal Programme Officer of the Environmental Protection Agency (EPA), Mrs Andriana Nelson, a Senior State Attorney at the Registrar General’s Department, Mrs Owusuaa Adansi-Ofori, and some participants from the business community.

Representatives of the various agencies explored the types of licences, permits and registration for businesses in Ghana.

Responding to measures the agencies were employing to make the acquisition of licences and permits faster and easier, the agencies indicated that efforts were in place to reduce the number of procedures businesses needed to undertake before they could obtain permits to operate.

Mrs Nelson noted that the Ghana Investment Promotion Centre (GIPC) was working hard to establish a one-stop shop to cut down on bureaucracies.

A representative of the Accra Metropolitan Authority, Madam Lydia Sackey, said even though the processes of obtaining licences, permits and registration of businesses in the country had been slow, the authority was working with other agencies to streamline processes.

However, the EPA advised potential business owners to endeavour to acquire environmental permits before commencing any project.

Mrs Nelson said the EPA had observed that most business operators began projects before they chased permits.

She noted that the EPA permits were not transferable to other projects but site-specific, adding that the agency was putting in place measures to enable prospective operators and existing ones to register online.