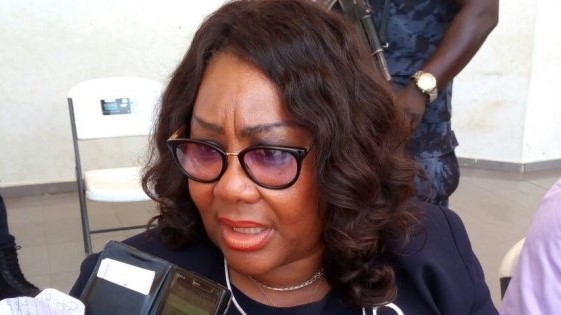 Individuals and businesses can now patronize any service from the Registrar General’s Department (RGD) via online.

The development follows the launch of the E-Certificate on Thursday, October 19, 2017.

The situation at the RGD hitherto was often chaotic as business owners who patronized various services from the department could not find their way around, getting them frustrated.

But in a bid to curb the inconveniences, the RGD has introduced a new system known as the E-online portal.

This portal is to help individuals register their businesses, marriage, estate administration as well as make payments via the platform.

By reducing the face to face interaction, the individual is also given the opportunity to transact business in the comfort of his or her office or home.

Although the platform was created in 2014, it was not until this year that it gained momentum when the registrar general’s department increased its sensitization and subsequently its revenue by up to 50%.

The RGD has however upgraded this system.

The Registrar General Jemima Oware says this is part of measures to move completely into the digital world.

She explains the platform has since attracted over twelve thousand users.

“My intention to make the majority of our contact with the public more electronic instead of manual was what we hoped to achieve and reduce the human interface as well”.

Attorney General, Gloria Akuffo, whose outfit oversees the Registrar General’s Department, believes the new system should reduce or if possible eradicate corruption completely from the system.

“I am hopeful that this new system will reduce drastically the corruption which has inundated doing business at the Registrar General”.

Businesses have also expressed their excitement about the e-certificate.

National Council Member of the Association of Ghana Industries, (AGI) Ralph Aryeetey admits the development will aid their operations.

“With this electronic approach, I believe that we can retrieve data and information in real time”

“It will not be a nine day wonder for adequate measures have been put in place to ensure the sustainability of this initiative”.

In the meantime, the Registrar General’s Department is seeking to scrap all manual processes by 2018.

“We believe that after it has been used for a very large extent we will stop the scanning of document and allow the full online process.

By 2018, we are hoping to scrap all manual, walk ins, scanning of documents as we beef up the system to the process we want it to be” Mrs Oware said.

Vice president Dr Mahamadu Bawumia has also hinted of plans by government to speed up passage of the company code bill.

He explains that there will no longer be a requirement for a commencement certificate when this bill is passed.

He also adds that the move is part of government’s plans to make Ghana the most friendly business country in West Africa.

“Once the new companies act is passed, which should be soon, there will no longer be a requirement for a commencement certificate to start a business, once you obtain the incorporation certificate”.