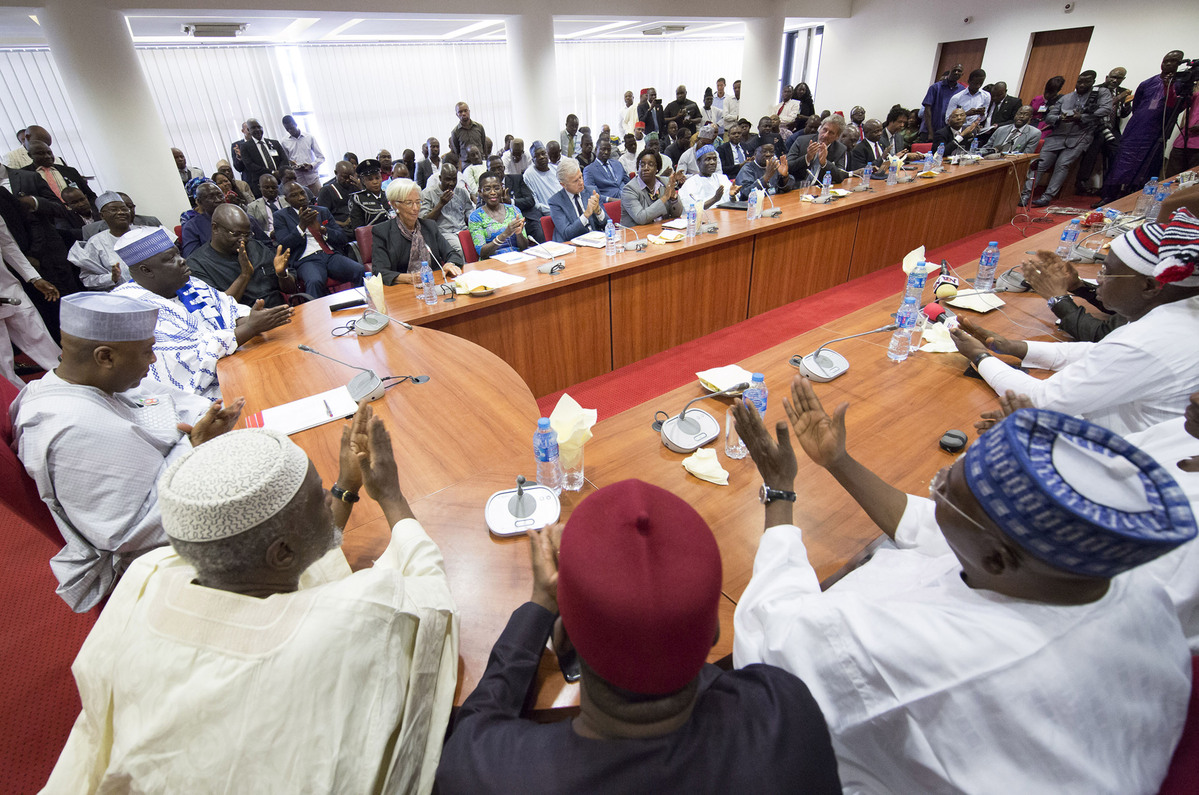 After gorging itself for decades on petrodollars, the Nigerian state has been forced by tumbling oil prices to turn to a new source of cash: the taxman.

With crude holding sway as the main source of state revenue, tax enforcement was lax and people showed little interest in what those in power did with the funds, Clement Nwankwo, the executive director of Abuja-based Policy and Legal Advocacy Centre, said in an interview.

Now the government of Africa’s biggest oil producer is unable to finance its budget and is counting on ramped up borrowing and taxes to fill the gap.

President Muhammadu Buhari, who came to power last May, has outlined a record budget of 6.1 trillion naira ($30.6 billion) for 2016 to spend the country out of the current economic slowdown.

Higher taxes and improved efficiency in collection are among the cornerstones of the plan. That may carry a political price.

“These taxes are going to come with new demands by citizens for transparency and accountability,” Nwankwo said.

“People are going to feel entitled to the ownership of the public purse, rather than the previous experience where they felt it wasn’t money that belonged to them.”

Officials make the case that Nigeria has one of the lowest tax ratios globally. It’s tax-to-GDP measure was 1.6 percent in 2012 compared with 14.9 percent in nearby Ghana and 25 percent in South Africa, 25.5 percent in the U.K. and 26.8 percent in Norway, according to World Bank data.

International Monetary Fund Managing Director Christine Lagarde, while on a visit to Nigeria in January, urged the government to raise its value added tax rate of 5 percent.

Tunde Fowler, who headed the Lagos’ revenue office, was moved by Buhari to the helm of federal tax agency last year with the expectation he will reproduce the results.

Lagos’ revenue soared to 23 billion naira in 2014 from from 600 million naira per month in 1999 as the state eased up bureaucracy, using strict enforcement and public campaigns to encourage payment, according to a January report from Lagos-based FBN Quest Ltd.

“Our mandate now is to ensure the increase in non-oil revenue to ensure stability in the entire system,” Fowler told a meeting of tax office officials across the country in the northern city of Kano last week.

Authorities will now seek access to mobile-phone subscriber data from the telecommunications regulator and the national identity agency to get more people into the tax roll, according to a statement Monday by the Joint Tax Board.

The major levy in Lagos was personal income tax, while to increase federal revenue the government will have to look at “very complex” value added taxes and corporate income taxes on foreign companies, many of which operate, but don’t have an official presence in Nigeria, he said.

The federal tax agency, which collected 3.7 trillion naira last year, has set a target to increase revenue by 32 percent this year and expects 70 percent of the income to come from value-added tax. The government has begun more rigorous enforcement of the stamp duty law and expects it will yield about 2 trillion naira annually.

The stamp duty, first signed into law in 2004, saw limited enforcement until a Jan. 15 directive by the Central Bank of Nigeria asking lenders to charge 50 naira on all payments exceeding 1,000 naira to help boost the Treasury.

Nigeria’s economic growth slowed in 2015 to 2.8 percent, the slowest pace since 1999, as crude revenue fell and manufacturers struggled amid a shortage of foreign-exchange for imports.

“The mistake is to always look at the investor for the funds,” said Yusuf. “Rather than add to the burden of businesses, the government can look at the efficiency of tax administration.”

“In spite of all the noise being made about fallen oil revenue, there are still sufficient resources to manage the economy,” he said.

“The only thing lacking is any serious attempt to block leakages and wastefulness.”