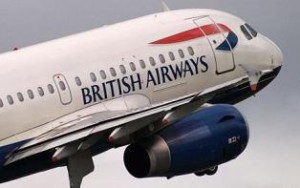 British Airways, the airline that pioneered the flat-bed seats in the 1990s, has taken the business of in-flight sleep to its next (logical? absurd?) level: The airline has developed a blanket to analyse the “meditative state” of premium cabin fliers. The wool “happiness blanket” is embedded with tiny fibre-optic LEDs that change colour based on brainwaves transmitted via Bluetooth from a band worn on a passenger’s head. Blue signifies calm, peace, and relaxation and is seen most often when the person is sleeping deeply. The blanket displays crimson when the passenger feels stressed or anxious.

The high-tech blanket isn’t for direct customer use at this point, but dozens of volunteers will try the blanket on trans-Atlantic flights. BA plans to analyse the data from the blankets to make an already good in-flight experience even better. The colour patterns may inform changes to in-flight services from, for example, the timing of meals, the menu, and the movie options.

The airline’s ultimate goal is to further distinguish its cabin service and amenities in an era when everyone else has added flat beds and posh linens. “The hard product can always be copied and emulated,” says Alan Eley, a BA executive based in New York. The blanket is aimed at helping improve the squishier factors that nonetheless affect a passenger’s opinion of the flight and propensity to return. Sleep is a critical component, which is one reason most premium airlines have migrated their dinner service from airplanes to airport lounges—many passengers are eager for shut-eye as soon as they board. “People are traveling longer and longer distances, and the ability to get good rest is more important,” says Henry Harteveldt, travel analyst with Atmosphere Research Group in San Francisco. “To be successful, you have to be rested and alert, and what the airlines have found is, people will pay for it.” 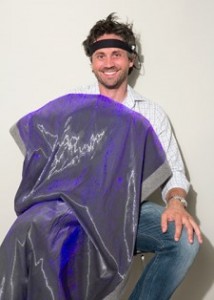 In service of rest, British Airways has proven it’s willing to experiment. It’s already launched a paean to boredom on many long-haul flights: footage of a seven-hour train trip through Norway. The relaxation effect is similar to how many people enjoy videos of a burning fireplace log or goldfish or how millions of airline passengers like watching the moving position maps during flight. The video was an online hit in Scandinavia. “There’s a hypnotic, calming, and entertaining quality to Slow TV that is perfect for in-flight entertainment,” Richard D’Cruze, BA’s on-board entertainment manager, told Bloomberg News last week.

It’s still unclear how much change the blanket will bring about on BA flights. We do have some predictions: Alcoholic spirits, restful sleep, and funny films are likely to correlate to more blue than red. Missed connections, heavy turbulence, and a gaseous seat mate are likely to yield crimson.

48% growth in remittances to Africa in 2019 – World Remit webmanager January 28, 2020
Close
Business World Ghana
Proudly powered by WordPress Theme: Magad.
We use cookies for functional and analytic purposes to ensure that we give you the best experience on our website. By using this website, we assume that you give your consent to this policy.Ok